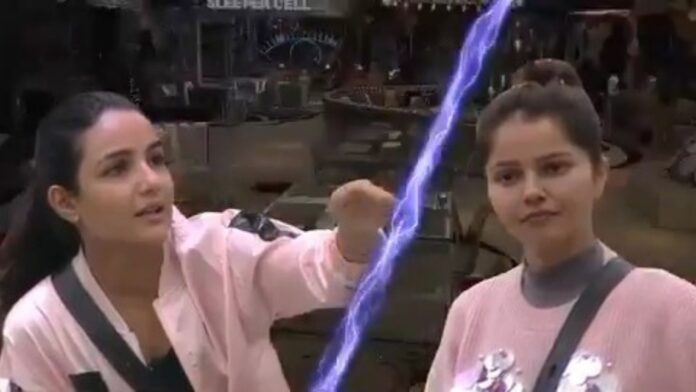 Toofani seniors are making each day tough for Bigg Boss 14 contestants. After two tasks, the rejected contestants won their position inside the house while Rubina continued to stay in the garden area.

The next day began with a chance to fight for their essentials. Rubina asked for both the pair of shoes and slippers and Jasmin told her to select one either it’s shoes or slippers as it will be difficult for other contestants, but Rubina refuses to compromise. Jasmin called her ‘unfair’, said she can adjust with one thing, and both the contestants got into a heated argument.

After this high intense drama in the house, Jasmin collapsed after her two ugly fights with Nikki Tamboli and Rubina Dilak, her good friend and her former co-star of ‘Dil Se Dil Tak’ Siddharth Shukla gave her positive advice and tells her to stay strong in the house.
Siddharth also said that she has to adjust in the house, she has to keep pace with others, not to cry easily, and concentrate on the game in the way she wants to play.

In this promo, the fans of Bigg Boss 14 loved the way Siddharth motivated Jasmin.
The thing to see now is how much Jasmine stands up to the advice given by Siddharth.
Day by day, Bigg Boss 14 is coming up with new entertainment.