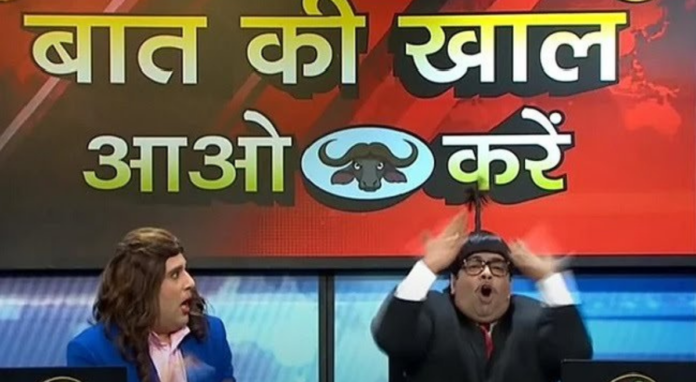 #BoycottKapilSharmaShow : The Kapil Sharma Show is one of the few show besides Kaun Banega Crorepati and Bigg Boss to resume shooting in the Covid-19 restrictions. The producer of the show is Salman Khan, that’s why the netizens slamming TKSS for Salman’s nepotistic practices and alleged drug consumption habits.

Due to shut of the cinema hall, Film stars are not keen for the promotion of their films.
On last Sunday, director Anubhav Sinha and actor Manoj Bajpayee came on the show to the promotion of their new music video ‘Bambai Main Ka Ba’.
One of the popular show of sony channel, ‘The Kapil Sharma Show’ came in the hand of netizens on Twitter over its recent episode.
From Monday morning, #BoycottKapilSharmaShow is now trending in all over India by SSR’s fans and Arnab Goswami’s supporters.
On last night episode, the parody skit ‘raddi news’ in which Kiku Sharda and Krushna Abhishek’s where they are trolling an English news channel and style of reporting in the Sushant Singh Rajput murder case and the Bollywood drug consumption and Arnab Goswami’s viral ‘Mujhe Drugs Do’ rant hits a wrong note with Sushant Singh Rajput’s fans and Arnab Goswami’s supporters.

These segments started a trend on Twitter with a section of netizens boycotting the comedy show TKSS.