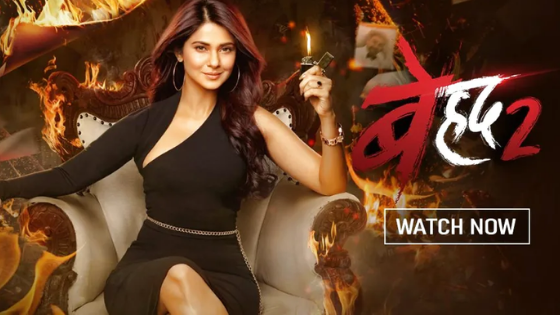 Beyhadh was one of the very famous Sony TV thriller and romantic television Series starring Jennifer Winget, Aneri Vaijani and Kaushal Tandon. This television series became so famous that on public demand Beyhadh 2 series was planned to be released.

At a media event, Beyhadh 2 cast was spotted who spoke about the launch date, cast and a glimpse of its story. Beyhadh 2 is now all set to make its launch again and hit the TV screens. The character of Maya, played by Jennifer Winget due to which the series became so popular will be again played by her.

The main lead roles in Beyhadh 2 cast will include Jennifer Winget as Maya, Ashish Chowdhry as MJ, and Shivin Narang  (paired opposite Maya).

As per the media reports Beyhadh 2 start date will be December 2, 2019. The show will be aired live on Sony TV at 9:00 pm from Monday to Friday.

When asked Jennifer Winget about the Beyhadh 2 storyline, she gave a glimpse of the storyline by saying, “In the last season Maya’s role was based on the love obsession but this time it is going to be revenge. The level of obsession is going to be the same but, for different purposes. We have taken some of the features of the Maya’s character and added some more to it. Some things are going to be exactly the same; the way she reacted to certain things, so there is going to be a very slight change.”

Like the previous series, Maya’s role is going to be played by Jennifer Winget for a simple reason that nobody can play that role better than her. she said that, she will be obsessed for taking revenge.

In the serial Dev of the Colors Channel, Ashish Chaudhary played an amazing role as Dev Burman. Seeing this inciting role he was asked to play the role of MJ in Beyhadh 2. This role played by Asish Chaudhary will be of an elderly person.

Shivin Narang has played many roles due to which he gained too much popularity off late. He will be playing the role opposite Maya in Beyhadh 2. As per the reports, he said for joining this series, he rejected Big Boss 13.

Let’s see how the public is going to react after seeing the Beyhadh 2.

They will put on air this upcoming serial only on Sony TV channel. The audience can also watch their much-loved serial on the Sony Liv i.e. online streaming platform where all the serials of Sony TV are available. You can also download the Sony Liv App. 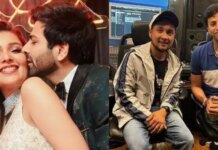 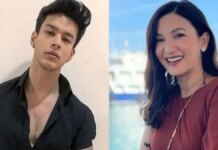 Ganapath: Tiger Shroff Does Intense Workout In Between Shoots; His Videos Will Make You...

Heropanti 2: Disha Patani is all excited as Tiger Shroff shares THIS BTS pic of...

Kiara Advani’s Red Lehenga Look Will Teach You How To Nail Any Wedding; Take...