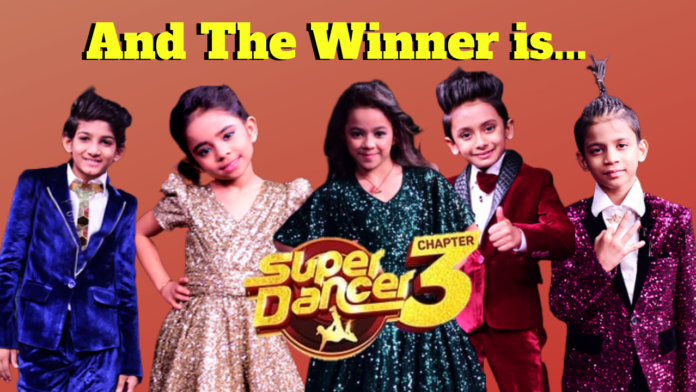 After 6 months, the journey of India’s most popular dance reality shows Super Dancer Chapter 3 is going to end on 23rd June 2019. An audience can watch the grand finale on 23rd June at 8 pm on Sony TV. The 3rd season of the super dancer is a big hit as the previous one. The season started with top 16 contestants giving stiff competition. On the basis of votes, only 5 contestants were able to reserve their seats for the grand finale. Finally Super dancer chapter 3 winner name revealed…

On the Grand Finale, All the Finalist and Super Judges perform for last time. Along with superb dance performances, the actress Shilpa Shetty performs on 4 songs. After 30 years, Shilpa is going to present Bharatanatyam at the stage of Super Dancer. Four different designer costumes designed by designer Neelam Lulla have been prepared specifically for all their presentation. Shilpa is ready to make the grand finale ‘super se uppar’ with ‘Titli’ from Chennai Express, ‘Mukabla’ from ABCD, ‘Aathee A’ from India and ‘Ghoomar’ from Padmavat. Some Glimpse of Shilpa’s dance performances has been released by the channel. On the grand finale, Raghav Juyal and Dharmesh is a special guest to encourage contestants.