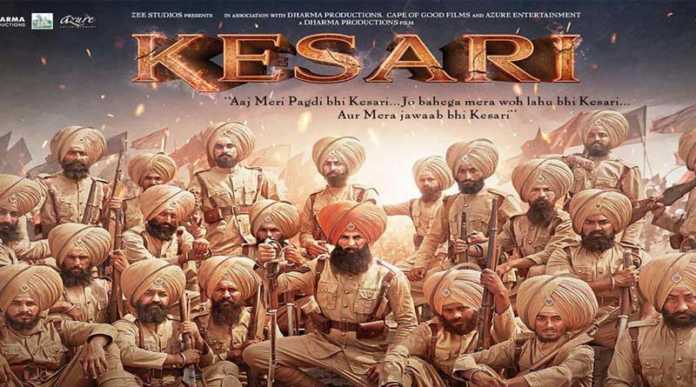 Akshay Kumar is coming to make you all feel real action again. The Upcoming movie titled as Kesari is going to present the story of Havildar Ishar Singh who participated in the Battle of Saragarhi. This was the battle where an army of 21 Sikhs fought against 10,000 Afghans in 1897 and won.  As per the details available, this upcoming movie of 2019 will hit the silver screens on March 21, 2019. Kesari is Directed by Anurag Singh and Produced by Twinkle Khanna and Karan Johar.

In order to increase the excitement among viewers, the makers of the film “Kesari” have also shared the Promo/Kesari movie Trailer. You may also check out the same from below link:

As per the details revealed by the makers, The Kesari Movie will release on 21st March 2019.

Check out the First Look of Akshay Kumar from the Movie Kesari: 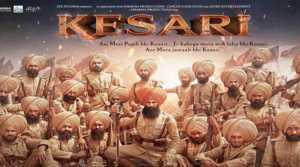 Thereafter on Republic Day 2019, Actor Akshay Kumar shared a picture from Kesari and captioned: Happy Republic Day. It’s our #70thRepublicDay but our men have been fighting for the country since time unknown. 122 years ago, 21 Sikhs fought against 10000 invaders.#KESARI is their story, in cinemas on March 21.”

Hence it was all about the “Kesari”. What are your views regarding this Upcoming Movie? Please mention your comments in below-given comment box. We will be glad to hear from you. For more details about Kesari Movie First Look, Release Date, Cast, Story stay connected with us. To get more related updates, keep visiting our pages.