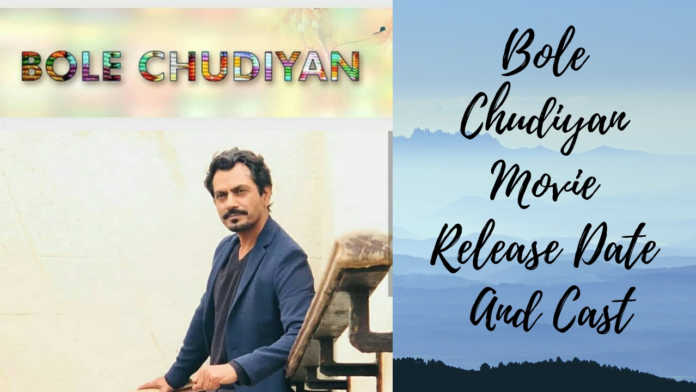 Nawazuddin Siddiqui and Shraddha Kapoor are coming to win the audience heart with their ultimate romance in the Upcoming Bollywood Movie in 2019 i.e. Bole Chudiyan.  Producers of this movie are Rajesh Bhatia and Kiran Bhatia of Woodpecker Movies. Check out all the details about Bole Chudiyan Movie Release Date, And Cast here now.

The storyline of Bole Chudiyan Movie

As per the details available, in this upcoming Bollywood Movie of 2019, Nawazuddin Siddiqui will be seen as playing the lead role of a ‘passionate lover’.  In this passionate romantic drama movie, the audience will witness romance between Nawazuddin Siddiqui and Shraddha Kapoor. Further details about the Bole Chudiyan Movie storyline are not revealed yet. As soon as the details available, we will update this article.

Challenging roles have always been my thing, now getting into a romantic zone will be much fun. #BoleChudiyan @shamasnawabsiddiqui @woodpeckermovi1

While talking about the film Nawazuddin Siddiqui’s brother Shamas Nawab Siddiqui has given the statement that “I am happy that Nawaz bhai has given his nod to my script. I have worked for more than a year on it. As everyone knows, he is very choosy with his scripts and wouldn’t do a film just because I am his brother. Bole Chudiyan is a romantic drama set in our home-town of Budhana in Uttar Pradesh. We are in talks with several actors to play the female lead in the film.”