CONFIRMED!!!!! Wohooo… it is confirmed that Divya Agarwal is the winner of MTV Ace of Space.

Divya Sanjay Agarwal aka Divya Agarwal is a well known Indian actress, model, and brand ambassador and Now WINNER OF MTV ACE OF SPACE SEASON 1.  The Navi Mumbai Girl won the hearts of country and be in the house with full patience. And here the Result is.

We Heartily Congrats Divya Agarwal for her Victory. 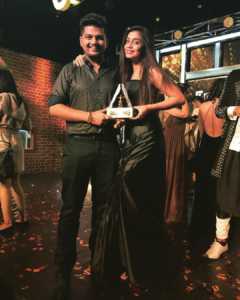 MTV Ace of Space is one of the Unique and popular reality show.  The theme of this show is to check the patience level of contestants. Furthermore, in this show candidates have to live in a limited space. MTV Ace of Space started on 20 October 2018 and the last episode will Air on 31 December 2018. Moreover, the host of this show is none other than mastermind Vikas Gupta. If you are also a fan of MTV Ace of Space then you must check out all the details regarding it. Here we have given MTV Ace of Space Winner, Prize Money, Runner-Up & Finalists details.

The top 6 Ace of Space Season 1 contestants is Divya Agarwal, Varun Sood, Faisal Khan, Pratik Sehajpal, Miesha Iyer, Shehzad Deol.  Out of all these only one will get the MTV Ace of Space Winner title.