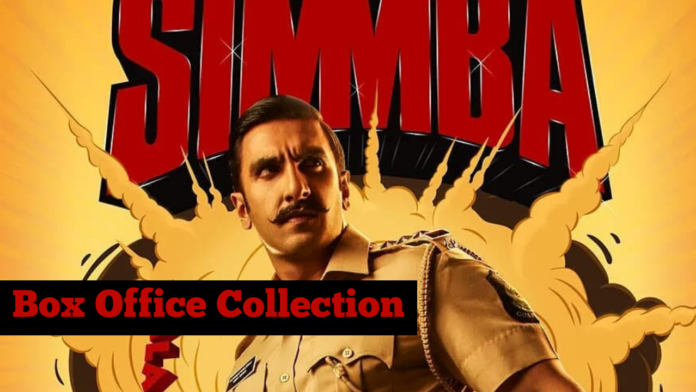 Ranveer Singh, Sara Ali Khan and Rohit Shetty’s ‘Simba’ is finally released today.  In this movie, Ranvir Singh is seen in the role of a corrupt Police Officer. Simmba Box Office Collection estimates have also been started on the first day.

This is the first release of Ranveer Singh after getting married to Deepika Padukone. Ranveer Singh’s ‘Simmba’ is a remake of Telugu superhit film ‘Temper (Temper)’. Not only this, but Ajay Devgn is also seen in the movie to save Ranveer Singh.

While talking about the budget, Rohit Shetty told media that 65 crore is the cost of the movie and 15 crores are spent on promotions. Hence the total budget is 80 crores. Ranveer Singh and Sara Ali Khan are damn excited about this movie and of course, Rohit Shetty’s movies always become a great hit.

Well, it will be interesting to see that what this movie proves for Ranveer Singh as this is his second single starrer movie. Last time when he was seen in “Befikre” (single starrer), the movie was a flop.

Rohit Shetty is excited about ‘Simba’, and said, “I am not one of the filmmakers who make a film in four years, but ‘Chennai Express’, ‘Golmaal 3’, ‘Golmol Again’ and ‘Singham’ There are some films that you know as hit films and have been created in the same way that we wanted to create. ‘Simba’ is also one of them. ”

Well, what do you think Simmba Box Office Collection will be? Share your views and estimations with us. And to know more, stay connected with us….

The story of the film is so old that how a corrupt police officer wants to wash his old sins after being a tragedy with his honest police officer. Rohit Shetty’s film is a spin-off ‘Singham’, but let us tell you that this Telugu film is the official Hindi remake of Temper. Rohit left no stone unturned to make this a Masala film.