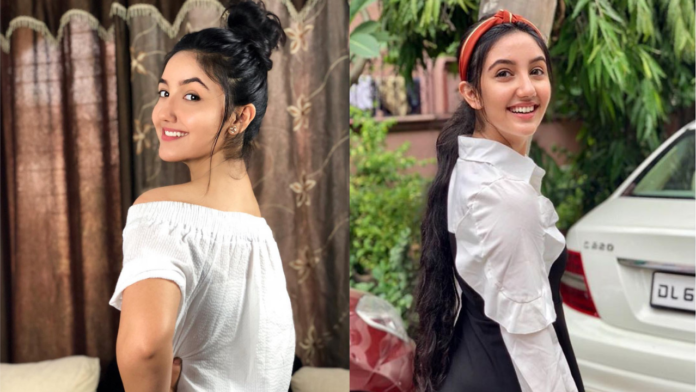 Ashnoor Kaur Age: Ashnoor Kaur is a very beautiful Indian actress who works in Hindi TV Shows. She was born on May 3, 2004, in a Sikh family in New Delhi. Ashnoor Kaur age is 14 years old. She started her career as a child artist with the character of Prachi in TV serial ‘Jhansi Ki Rani’ (2009). She also played many roles in films and serials at this age. Ashnoor Kaur has worked in many popular serials such as Itihaas Bhai, Rahasya Bhi, Koi Laut Ke Aaya Hai, Yeh Rishta Kya Kehlata Hai, Siyaasat, Tum Saath Ho Jab Apne, Mahabharat, CID, Devon Ke Dev, Shobha Somnath Ki etc. is. She is a very sweet, talented and most popular Indian actress.

Tan is the only makeup; winds, the only hairstylists❤️

TV actress Ashnoor Kaur, who entertained the audience with her performance, as Nayara in Yeh Rishta Kya Khelata Hai, is now going to play the lead role in the forthcoming show Patiala Babes. She will play a role of mini Khurana as a daughter of Babita Khurana. We can see a strong bond of a mother with her daughter in this serial.

She is a popular Indian actress who was born on May 3, 2004, in a Sikh family in New Delhi. Ashnoor Kaur age is now 14 years old.