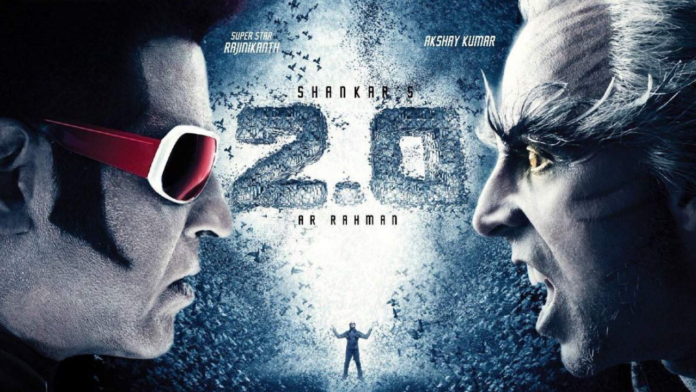 The Trailer of Most Awaited Movie ‘2.0’ has Launched. 2.0 fans can see Akshay Kumar in the role of villain. The movie is directed by S Shankar and superstar Rajinikanth, Akshay and Amy Jackson is in lead role. Akshay Kumar will be seen as a scientist who becomes a strange person after an experiment goes wrong. Rajinikanth is playing the role of the Robot in 2.0 who saves the world from Dr.Richard.

2.0 are going to be the science- fiction movie. The estimated budget of 2.0 is around 543 crore. 2.0 are described as India’s most expensive movie. A movie is full of VFX technology according to the director there are 1000 of VFX animation in the movie. 2.0 is the remake of the 2010 film ROBOT released in 2010. Aishwarya Rai Bachchan was in lead role in Robot.

The movie will hit the theatres on 29th of November. 2.0 is going to release in HINDI, TELUGU, and TAMIL. The film marks Akshay Kumar’s Tamil debut. 2.0. About 150 rupees have been spent on the promotion of 2.0. About 3000 technicians work on the visuals effect of the movie. The film is shoot with the 3D cameras.

2.0 movie trailers are finally out. The trailer is full of action, animation, the robotic fight is going on. Really the 2.0 movie is going to be the super hit movie of 2018. In 2.0 movie trailer, Rajinikanth is upgraded from chiti to chiti 2.0 versions.  “WHEN THE FIFTH POWER OF EVOLVES”.

So here is the movie trailer

WRITTEN AND DIRECTED BY:- S SHANKAR