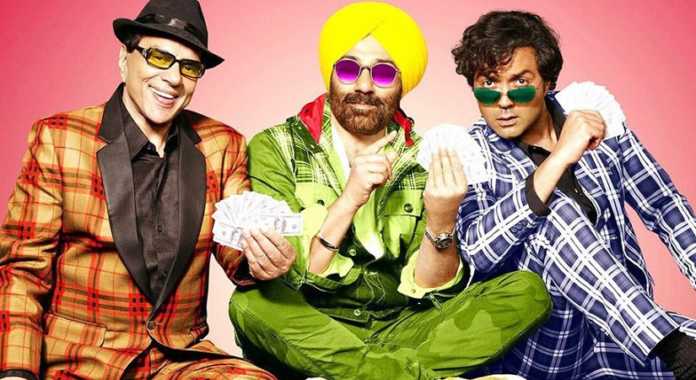 The Deol family has 3 movies of Yamla Pagla Deewana Series. The first movie was hit on the Box Office. So Deol Family Decided to Back with another part of yamla pagla deewana 2, But the 2nd Part of Yamla Pagla deewana is Not So great.  Once again the Deol family has brought Yamla Pagla Diwana Phir Se. If you talk about the movie, Sunny Deol does not see that stardom, Let’s First Of All Read the story of this movie Before Review….

The story of the film is of a Vaidya Pooran (Sunny Deol). In which Pooran (Sunny Deol) who is from Punjab, is an honest Ayurvedic doctor. They tell the illness of people by touching them nude. The Pooran has a medicine for treating all diseases, named Vajra Kavach. The formula of this medicine is found in the ancestors of the Pooran. Pooran does not want any other use. Pooran knows that if this formula goes to the medicine companies then it will be out of reach of the poor public. The Pooran is a calm and patient person. But after getting angry, punches in different colors.

Puran has a lover’s brother (Bobby Deol) whose name is Kalaa. He is 40 years old. Who has neither been married nor has any employment with him. Along with this, he is used to drinking alcohol. Kalaa often works to increase the troubles of Pooran, their tenant, Parmar (Dharmendra), who pays just Rs 110. 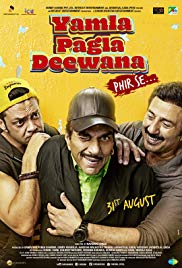 Dharmendra, Sunny, Bobby’s stardom are completely missing here. It seems that by any means, they just want to keep their career safe from collapse, but Yamla Pagla Deewana is again ruining the movie as well.

Bobby Deol has got a long roll but his dialogue repeats are those who listen to boredom more often. In the movie, they do not look entertaining. Both Story and Screenplay have written by Dhiraj Ratan. Except for some scenes, the story is boring and predictable. Most dialogues are the repeat and boring too.

Director Navneet Singh, Deol family has failed to capitalize on the charms. Although Dharmendra and Rekha’s old superhit song Rafta-Rafta’s revision has once again been fantastic. The first part of the film was good but after seven years, the film seems boring, tiresome. In this way, you sit in the cinema hall and wait for the film to finish.

Apart from the Deol family in this film, Kriti Kharbanda is also looking very glamorous. There have been many occasions in the movie where the comedy has not taken life. Altogether, the movie has been fair in First Half, but there is some slow in the second half. If you are a fan of Deol brand then you can see this movie once.