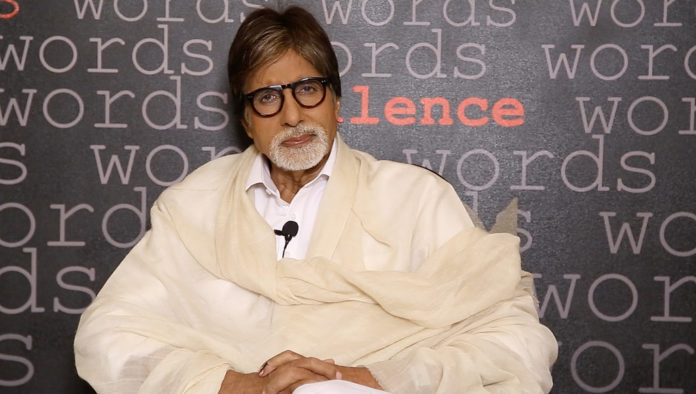 Amitabh Bachchan’s Biography: Amitabh Bachchan is a great actor of Bollywood. He has spent more than four decades in Hindi cinema of his life. He played various roles in Hindi films through which he gets the title of ‘Angry Young Man’ from his films. 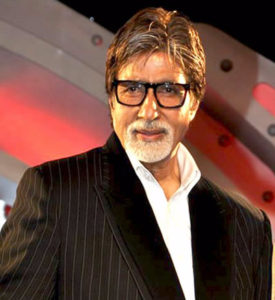 He is considered the biggest and most influential actor of Hindi cinema. They also know people as ‘the superheroes of the century’ and love is also called Big B, Shahanshah. As the Best Actor, he has received National Film Award 3 times.

Apart from this, he has also received 14 Filmfare Award 14 times. Along with films, he is also a singer, producer and TV presenter. He has also been honored with Padma Shri and Padma Bhushan by the Indian Government.

They also have a younger brother named Ajithabh. Amitabh’s name was first named as Inkalab, but after some time, his name was changed from Ajitabh.

Amitabh Bachchan is a student of Sherwood College, Nainital. After this, he had studied at Kiroriimal College, Delhi University. He was quite prominent in studies and he was counted among good class students. Somewhere these qualities came from their father because they were well-known poets.

Amitabh Bachchan is married to Jaya Bachchan, whom they have two children these are Abhishek Bachchan and Shweta Nanda. The discussion of his affair with Rekha also became the huge topic and became the subject of the people’s gossip.

Amitabh Bachchan was introduced in the film as a voice narrator in the movie ‘Bhuvan Shome’ but his career as an actor started with the film ‘sath Hindustani’. After this, he did many films but he could not succeed much.

Film ‘Zanjeer’ proved to be a turning point of his career. After this, he constantly flashed a hit film, as well as he became popular in every group of audience and also proved his acting talent in Bollywood industry.

Some Interesting Things Related To

Amitabh Bachchan is also called ‘The Legend of the Century’. They are considered to be the biggest superstar of Hindi films.

He got the real identity from movie ‘Zanjeer’. Prior to this film, Zanzeer movie was offered to many big actors, including the famous actor Rajkumar. But, Rajkumar had rejected the film by saying that the scent of the director’s hair oil is not good.

Get Title “One Man Industry”

In the 70s and 80s, Amitabh Bachchan owned a film industry. Because of this, the French director François Trufó had given him the title “One Man Industry”.

During his career, he has won many awards, including 3 National Film Award for Best Actor. He has been honored with several awards at the International Film Festivals and at many award ceremonies. He has also won 14 Filmfare Awards. He has been nominated 39 times in Filmfare.

The dialogs of his movies are still fresh in people’s hearts. In his super hit career, his films’ Dialogues also have a very important role.

He has received honor from the Government of India in Padma Shri in 1984, Padma Bhushan in 2001 and Padma Vibhushan in 2015.

In the early stages of his career, he had to face a lot of difficulties. His films constantly flopped. Even, they had decided to return home. But, the film Zanjeer turned into a turning point in his career and the ‘Angry Young Man’ emerged in the film industry.

Today, the whole world is the fan of Amitabh Bachchan’s voice. But, that was time also when his voice was being interrupted in his career. He was rejected but his voice only became his strength.

His voice was quite different and heavy.  Because of this, many directors have given their story to Narrate in many films. He also hosted many programs.

The Bad Phase Of Amitabh’s Career:

His films were doing good business that suddenly he was seriously injured during the shooting of the Coolie film on July 26, 1982. Actually, in an action scene of the film, actor Puneet Issar had to pinch Amitabh and he had to fall on the ground after colliding with the table.

But as soon as he leaped towards the table, the edges of the table were found in his intestines, due to which his blood flowed very much.

The situation became so serious that it started to feel that he was close to death but due to the worship of peoples, he lives.

Strong Return To The Movies: –

In 2000, Mohabbatein proved to be very helpful in saving her drowning career. The film and his acting were highly appreciated. After this, he worked in many films, along with critics as well as the audience liked it.

He starred in the film ‘Black’ in 2005 and he was once again honored with the National Film Award.

In the movie Paa, he played a role son of his son Abhishek Bachchan. The film was much liked by the audience and once again he was awarded the National Film Award.

He has been a brand ambassador of Gujarat Tourism for quite a long time.

He has flown the flag in TV world and hosted KBC which became very popular. It broke all records of TRP in television shows and through this program many people became millionaires.

The Most Active Bachchan In The Era Of Technology: –

Today, the time is of social media. The reports are being uploaded to the Internet instantaneously. In such a situation, where are our Big B behind? They also use Facebook, Twitter, and this is the reason why the number of their fans on both social networking sites is in lakhs-crores. They never disappoint their fans. They share the events of the moment through these mediums.

Confirmed: Speculation over, Kangana Ranaut will be seen as Sita in ‘Sita-The Incarnation’, suspense over...

Year End 2021: Which stars have successfully launched in Bollywood this year, live up to...