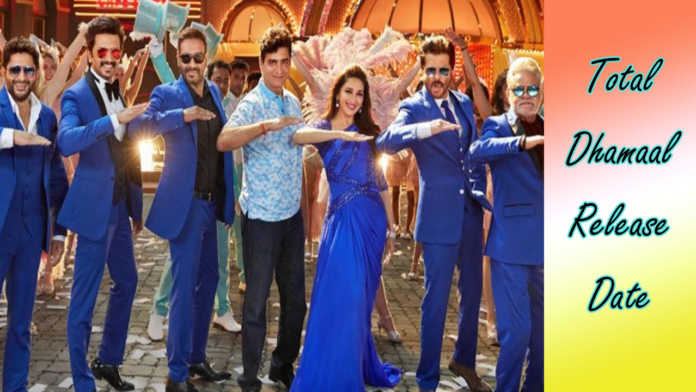 According to the latest sources, Total Dhamaal was releasing on 07th December 2018 but due to extended VFX work, the Total Dhamaal Release Date has been pushed to 22nd February 2019. Now, this latest Movie will hit the theaters on 22-02-2019.

Unlike the previous two installments, this time also Riteish Deshmukh, Arshad Warsi, and Javed Jaffrey will be featuring in the movie. Furthermore, in order to add more Dhamaal, the film stars Anil Kapoor, Madhuri Dixit, Ajay Devgn, and Esha Gupta will also be a part of the third installment. Moreover, unlike the previous sequels, this time also the music of the movie is composed by the famous Singer Himesh Reshammiya. 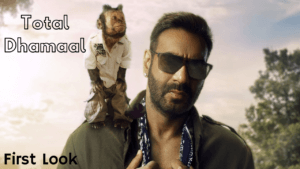 First Look of Total Dhamaal is out by Director Indra Kumar and Ajay Devgan on Twitter. In The First look Hollywood star monkey, Crystal is with Ajay Devgan. Crystal had appeared in Hollywood movies ‘Hangover 2’, ‘George of the Jungle’ and ‘Night at the Museum’. Now Crystal Debut in Bollywood. By the Sight of First Look, it seems that this movie is going to be blockbuster in comedy and entertainment.

Although, the upcoming Movie was set to release worldwide on 07-12-2018 due to extended VFX work the Total Dhamaal Release Date has been postponed to 22nd February 2019.

The Crew of Total Dhamaal

Are you also eagerly waiting for this movie to hit the Theaters. Please share your valuable comments and views with us. For more updates related to Total Dhamaal Release Date, Cast And Trailer stay connected with us…

Rhea Chakraborty turned down Big Boss 15’s offer of 35 lakhs; To focus on...

An Overview of Cricket Odds to Help You Place Your Bets