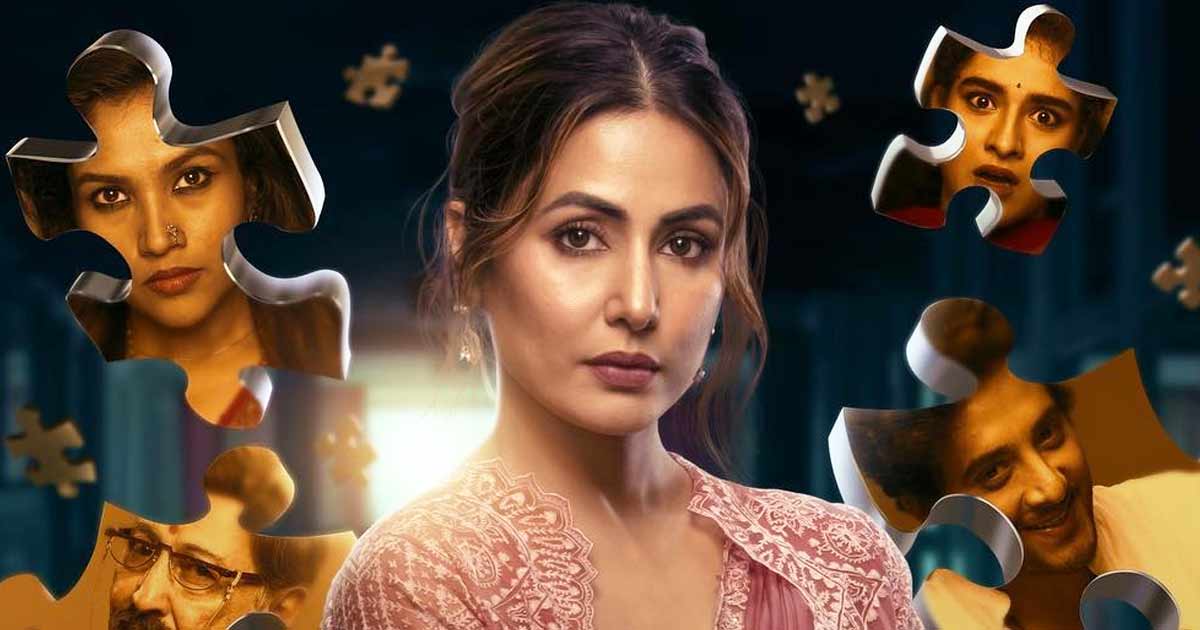 Hina who essays the role of Natasha said, “I am glad that my wish of acting in a play has come true and I am making my debut in theater with Shaadyantra. I am playing the role of Natasha who is very Naive, trusting and giving but then a tragedy forces her to take a closer look at her life and her relationships and then her instincts of self-preservation kick in.

“I thoroughly enjoyed playing this character and the whole process as I always wanted to do theatre. This teleplay has given me an opportunity to be a part of the theater fraternity and I hope to be a part of more teleplays in the future.

The teleplay tells the story of a married couple, Rohan Tiwari and Natasha Malhotra Tiwari. Natasha is the heiress of a construction company, but lives a contented life away from business intrigues. Then a shocking murder changes Natasha’s life forever and investigating officer Mohan Khanna steps in to solve the mystery. This murder mystery is all set to go on-air on 18th December on Tata Play Theatre. It will also be available on Zee5.

Chandan Roy Sanyal, playing the role of Rohan Tiwari said: “The stalwarts like Habib Tanveer, Tim Supple and Alyque Padamsee have deeply inculcated me as an actor in the discipline of theatre. I have been involved with the stage my entire career and it is great to once again experience the joy of table readings and long rehearsals. I also love that there is more than one color to the characters in ‘Shadyantra’. My character is charming, smooth talker, but also switches between different moods effortlessly.

Kunal Roy Kapur, who plays the dashing detective Mohan Khanna, said he is playing a cop for the first time and he has tried to create a more sensitive character without drawing too much attention to himself. does his job.

“It was good to try to give Mohan a certain depth and nuance that we are not used to seeing in mainstream portrayals. It was wonderful to be a part of this project.”

Discussing the teleplay, Shailaja Kejriwal, Chief Creative Officer – Special Projects, ZEEL said: “‘Shadyantra’ also has strong psychological undertones like ‘Gas Light’, a 1938 thriller by British playwright Patrick Hamilton and referenced by until date. The play underlines the subtle way women are often led to doubt their instincts. There is also an element of suspense and a thread of strong sisterhood that sets this story apart. Is.

According to director Ganesh Yadav, ‘Shaadayantra’ is on the lines of a traditional Agatha Christie mystery, but has many layers to it.

He added: “There is a long tradition of psychological thrillers in theater and everyone is familiar with plays such as ‘A Streetcar Named Desire’, ‘Death of a Salesman’, ‘Gaslight’ and ‘Broken Image'”. has a modern look and gives us an insight into the mind of the protagonist. Working with the team of Zee Theater and Hina Khan, Kunal Roy Kapur and Chandan Roy Sanyal has been very rewarding and I can’t wait to see how the audience reacts to ‘Shadyantra’ How would you react to ‘

How is his son's childhood different from Tusshar Kapoor's? , Seerat Kapoor | Marrich | interview