The 24-year-old from Karachi became the third Pakistan bowler to take seven wickets on Test debut after Mohammad Nazir (7/99) and Mohammad Zahid (7/66). 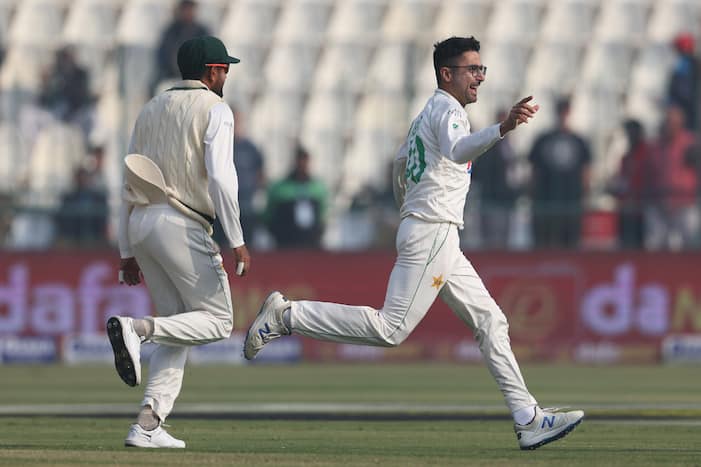 Multan: “I will eye to take wickets of Stokes and Root,” Abrar Ahmed had said before the Test series against England. One Test later, the 24-year-old from Karachi dismissed both the batters on debut en route to become the third Pakistani to take seven wickets on Test debut.

Abrar, a mystery spinner, took the first seven wickets of the England innings and was on verge of becoming the first Pakistani and fourth bowler overall to take all 10 wickets in an innings of a Test match.

But that dream went shattered when Ollie Robinson holed out to Mohammad Nawaz off Zahir Mahmood to break the streak. Mahmood took the remaining two wickets ass well to finish with figures of 3/63.

Dream debut for Abrar MashAllah.
So good to see.

The first was West Indian Alf Valentine (left-arm spinner) who did in Manchester in June 1950. Abrar also achieved a rare feat of taking a five-wicket haul on in the opening session of a men’s Test.

Freddy was Indeed a Very Tough Character, But I Enjoyed Achieving the Intensity