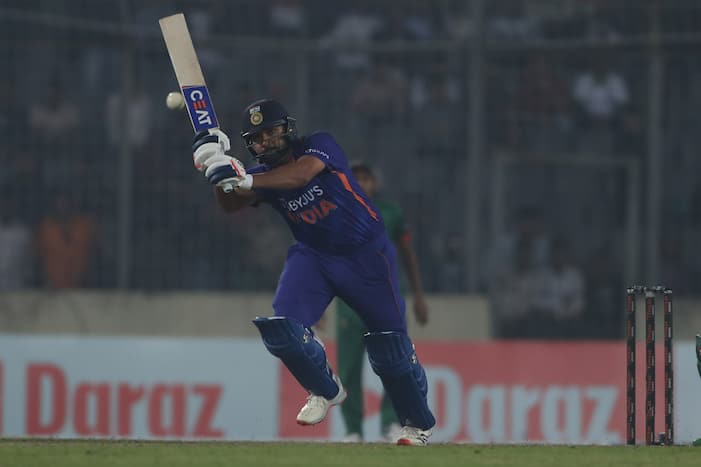 Dhaka: India captain Rohit Sharma became the first Indian, and only the second batter in the world to hit 500 international sixes during the second ODI against Bangladesh on Wednesday. However, India lost the game by five runs and eventually the series.

The day didn’t go well for Rohit. He was rushed to hospital in the second over of the Bangladesh innings after the 35-year-old injured his thumb while fielding at the second slip. He returned to the field batting at No.9 putting up a brave fight in the run chase.

An innings to remember for lifetime by Rohit Sharma with an injured thumb.pic.twitter.com/w9l47zv1cZ

Rohit played a sensational knock (51 not out off 28 balls) with three fours and five sixes, to give India a chance but in the end, failed to get them over the line. The only player to have hit more sixes than Rohit is West Indies’ Chris Gayle who has 533.

No other Indian batter has more than 400 sixes. MS Dhoni with 359 sixes is the closest to Rohit among Indian players. The likes of Shahid Afridi (476), Brendon McCullum (398), Martin Guptill (383) are the third, fourth and fifth place respectively in the list of most number of six hitters in international cricket.

David Dawson: Harry Styles is Part of the Reason Working on My Policeman was Special to Me