Shaheen Shah Afridi has been Pakistan’s best bowler in the past few years but had been plagued with injuries off late. 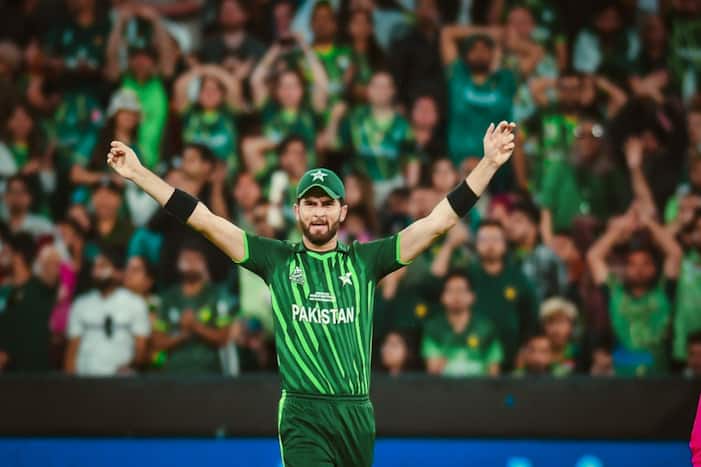 New Delhi: Time is not on Shaheen Shah Afridi’s side at the moment. The Pakistan pacer was out of action due to an injury only to return just before the T20 World Cup 2022 in Australia. However, the left-armer injured himself during the final Down Under against England to be sidelined again.

Meanwhile, Pakistan’s premier pacer broke his silence on his injury stating that he is not unfit and what’s he is going through is because of ehe evil eye. “Hum unfit nahi huae hai, hume najar lag gayi hai (We did not get injured, it’s just evil),” Afridi said in a video that went viral on social media.

I can’t believe haris rauf got injured and immediately went on a reunion tour with shaheen afridi pic.twitter.com/yGaml14cdb

However, Shaheen is not the only injury concern for Pakistan at the moment. Haris Rauf, who made his Test debut against England in the first Test, has also injured himself during the match. Rauf has been ruled for the remainder of Test series against England.

Asked out when he will return to the cricket field, Shaheen stated their is niothing to worry about. “Inshallah! Aisi koi baat nahi nahi hai. Hum dono bhot haldi ground m najar ayenge. Inshallah fully fit (But there’s nothing to be worried about, and by the will of almighty Allah, both (Shaheen and Rauf) of us will be seen in action fully fit)” he added.

Kajol's Tips to Daughter Nysa and Son Yug About Trolling is the Best Advice Ever, Find Out Why