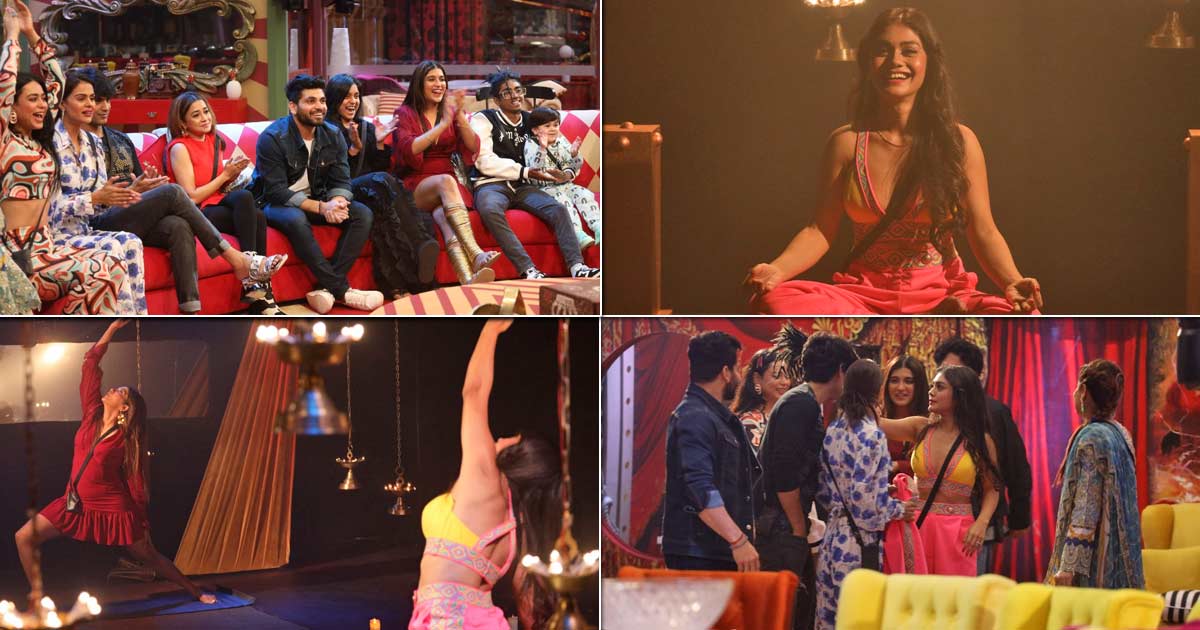 The morning in Colors’ Bigg Boss 16 house begins with Tina Dutta and Shaleen Bhanot discussing where they stand in their relationship. There were constant ups and downs between the two and there were arguments many times. In an ongoing conversation, Shalin tells Tina not to worry about him and goes where he feels.

He further says that whatever Tina is doing is right and she is wrong. An upset Tina tells Shaleen that she is wrong and thanks her for giving her closure. Will Tina and Shaleen try to sort things out between themselves?

Viewers will witness the biggest ‘Dhamaka’ tonight! Sreejita Dey, who was eliminated in the first week of ‘Bigg Boss 16’, re-enters the house as a wildcard, amidst a lot of drama and fun. Bigg Boss announces everyone to assemble in the living area and asks the housemates to up their game before it’s too late, for which he conducts a yoga session to open everyone’s mind. Just then Sreejita comes near the picture and is seen doing yoga in the activity room.

The Bigg Boss 16 housemates are shocked to see Sreejita Dey on the screen. One by one, ‘Bigg Boss’ asks the housemates to enter the activity room, where Sreejita will make them do yoga poses. As Tina enters the activity room, Sreejitha does not allow her to meet her and asks her to maintain distance. She tells Tina that her heart is black and her vibrations are not good.

In the tussle between Soundarya Sharma and Tina Dutta, Tina breaks down as she denies the allegations made by Soundarya regarding the theft of ‘tofu’. She goes through an emotional turmoil and says why would she take something like food from anyone. She further says that she only fights for the chicken in this house, not even for her own food. Will Tina survive the challenges thrown at her?

Keep watching the excitement and drama of Bigg Boss 16 every Monday to Friday at 10PM and every Saturday-Sunday at 9PM only on COLORS and Voot.

Must Read: Rupali Ganguly Feels Proud To Be A Part Of Anupama: “Glad We Are Raising Issues That Are…”