An England spokesman has confirmed that the team’s security plan remain unaltered by the incident that took place in the morning. 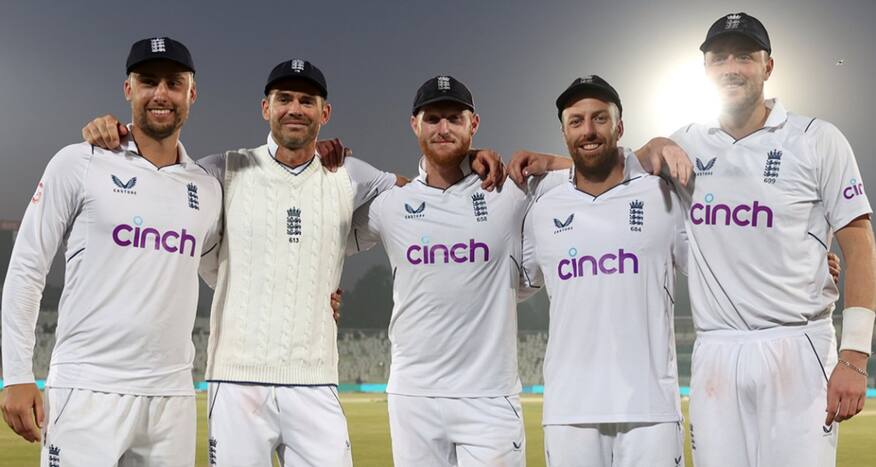 Gunshots Heard Near England Team Hotel in Multan Ahead of 2nd Test Against Pakistan. (Image: Twitter)

Multan: Big news coming in from Multan, Pakistan that gunshots were heard close to England’s team hotel today morning and is believed to be an altercation among local gangsters.

The incident took place 1 km from the team hotel, when the England squad left their base for training as per a report by Mirror. The local authorities made sure that the team were in no danger as per latest report a total of 4 suspects related to the incident have been arrested.

Despite all the hysteria close to their hotel, the England team had no problem during training, which is 30 minutes away from their base with a greater military presence compared to the Rawalpindi test.

An England spokesman has confirmed that the team’s security plan remain unaltered by the incident that took place in the morning.

In the 1st test, Three Lions won by 74 runs as they look to clinch the series in Multan, which starts from tomorrow.

Wood, 32, will replace Livingstone in the only change in the side that won the first Test. This means, regular wicketkeeper Ben Foakes, who missed the first Test through illness, fails to find a place for Multan and his stand-in Ollie Pope keeps the gloves.

By winning the second Test in Multan, England are looking to seal their first Test series win against Pakistan in an away series in 22 years.

Besides facing issues over injuries to some players, the England skipper is also a bit concerned about the smog and fog swirling around Multan, which could prompt yet more innovative tactics in the game.