Coming to bat at No.9 with a dislocated thumb, India captain Rohit Sharma scored an unbeaten 51 off 28 balls to bring India to closer to victory. 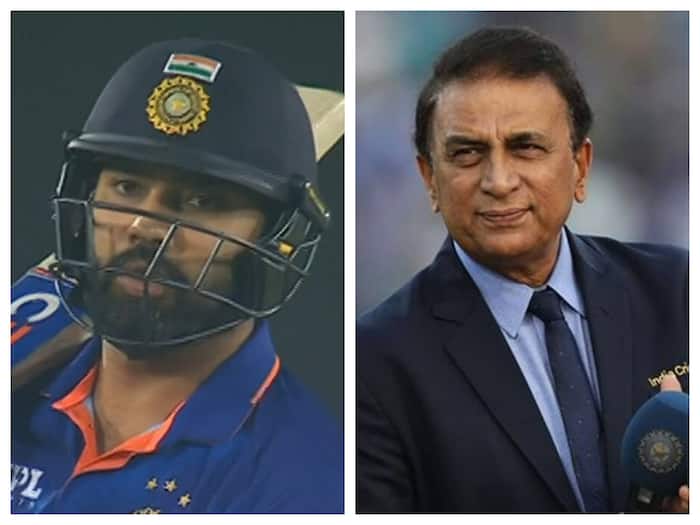 Dhaka: India captain Rohit Sharma received world of praises for his commitment shown on Wednesday during the second ODI against Bangladesh despite injury but former cricketer Sunil Gavaskar has questioned the Mumbai batter’s decision to come so late in the batting order.

Rohit Sharma suffered an finger injury in the second over of the match and had to be rushed to the hospital for scans. Although he returned to the ground in few hours, the India captain didn’t take the field in the first innings.

Chasing 272, Rohit didn’t come out to open the innings. Nursing a dislocated left thumb, Rohit walked out to bat at No.9 with India needing 64 runs from 44 balls and scored a sensational 38-ball 51 not out in a narrow five-run defeat.

Gavaskar, a former India skipper, felt Rohit should have come early in the batting order if he had made up his mind to come out. “Everybody knows the quality and class of the man,” Gavaskar was quoted as saying to Sony Sports Networr.

“And the thing now, when India came so close, is why did he not come in to bat earlier. If he was going to bat at No. 9, then he should have batted at No. 7.” India were resduced to 65/4 before Shreyas Iyer and Axar Patel steadied the sinking ship with a century-plus stand.

But India were in a spot of bother again when both the set batters — Iyer and Patel — departed in quick successions. The legendary batter reckoned had Rohit come earlier, it would have allowed Axar to play more patiently.

“What that could have done is, I think, Axar Patel would have played differently. Axar thought that maybe Rohit Sharma won’t bat, and therefore he played that shot. At that stage, there was no need to play that shot.

“Axar was batting so well, he was picking the ball well, and had he continues, you never know, the outcome could have been different. At No. 9, he almost got India to a memorable win so had he come to bat at 7, India would have had a much better chance,” he added.

With his thumb taped, Rohit initially struggled while batting but got into groove as the innings moved on. He smoked pacer Ebadot Hossain for two sixes and a four in the 46th over and before taking on spinner Mahmudullah for two more sixes in the penultimate over.

With 20 runs needed in the final over, Rohit hit two fours and a six off Mustafizur Rahman before falling short.

Rashmika Mandanna is Always the Most Patient One on the Sets, Here's Why