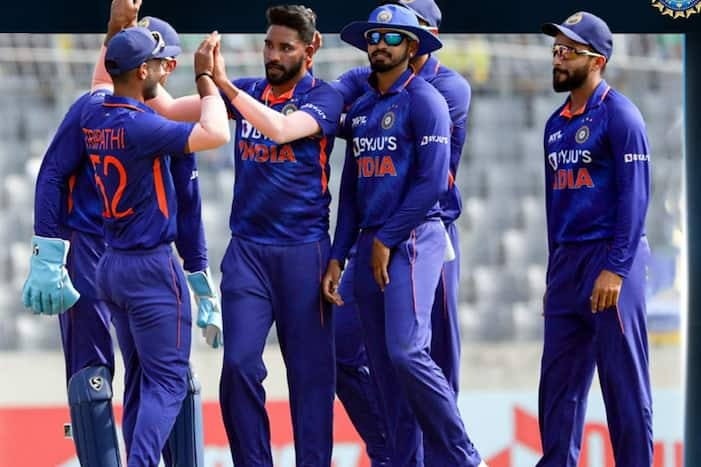 BCCI To Conduct Review Meeting After IND’s Defeat vs BAN

New Delhi: After the humiliating loss in ODI Series against Bangladesh the Board Of Control For Cricket in India is planning to conduct a review meeting after the Indian squad returns from Bangladesh. According to a reports, BCCI will set up a meeting with captain Rohit Sharma, head coach Rahul Dravid, NCA chief VVS Laxman and former skipper Virat Kohli.

According to a report by The Indian Express, a top BCCI official said that BCCI was not able to meet the Indian Cricket team before they left for Bangladesh since they were busy. The board was not expecting such embarrassing performance of the team against Bangladesh.

“We weren’t able to meet the Indian team before going to Bangladesh as some of the office bearers were busy, but we will schedule it as soon as the team is back from Bangladesh. It has been an embarrassing performance, and we didn’t expect this team to lose to Bangladesh,” a top BCCI official was quoted as saying.

India lost it’s first two ODIs of the three-match series against Bangladesh. In the first ODI match India lost by one wicket. Whereas in the second ODI India lost by a margin of just 5 runs. The tour will end on December 26 following the conclusion of the second Test which will take place in Dhaka.

After ODI series team India will play test series in Bangladesh which will start from 14 December.