Several records were broken on the final day of FIFA World Cup 2022 round of 16 matches as Portugal and Morocco made their way through to quarterfinals. 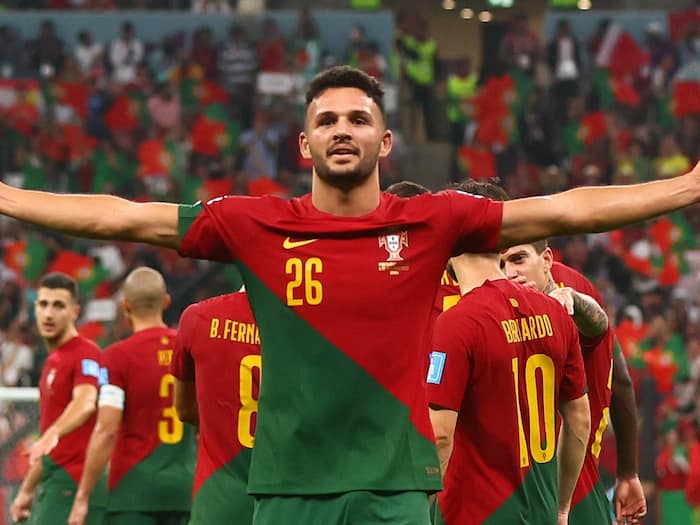 New Delhi: The FIFA World Cup 2022 round of 16 came to an emphatic end with Portugal thrashing Switzerland 6-1 in the final pre-quarterfinal match at the Lusail Stadium on Tuesday. Earlier on the same day, Morocco stunned Spain by making the round of eight in penalties.

Portugal will face Morocco in the quarterfinals. The other quarterfinal line-ups are France vs England, Brazil vs Croatia and Netherlands vs Argentina. The Qatar showpiece has not been short of surprises and records.

Tuesday was the same. Portugal youngster Goncalo Ramos became the first footballer to score a hattrick on World Cup debut since 2002 when Miroslav Klose of Germany did it. He also became the second Portuguese to have four goal contributions in a single World Cup game since 1966.

He joined legendary Eusabio who scored four goals against North Korea in 1966. Ramos, on Tuesday, scored three goals and assisted one. Ramos is also the youngest player since Pele in 1958 to score a World Cup knock-out hattrick.

With Morocco, their head coach Walid Regragui also achieved the record of the being the first-ever African manager to reach the FIFA World Cup quarterfinals. For Spain, this is third straight time the 2010 champions have been eliminated on penalties at any major tournament.

This is also the fourth time Spain have lost in penalty shootouts in World Cups, the most by any team. With 234 touches and 206 passes, Spain’s Rodri recorded the most touches and passes by a men’s player in a World Cup match in 56 years.

Shatrughan Sinha Returns to Stage With a Comedy Drama in Durgapur

From Sara Ali Khan to Nia Sharma, these beauties came on the target of trolls by applying strange lipstick