Virat Kohli is just 21 runs shy of becoming the second batter to complete 1000 runs in Bangladesh. 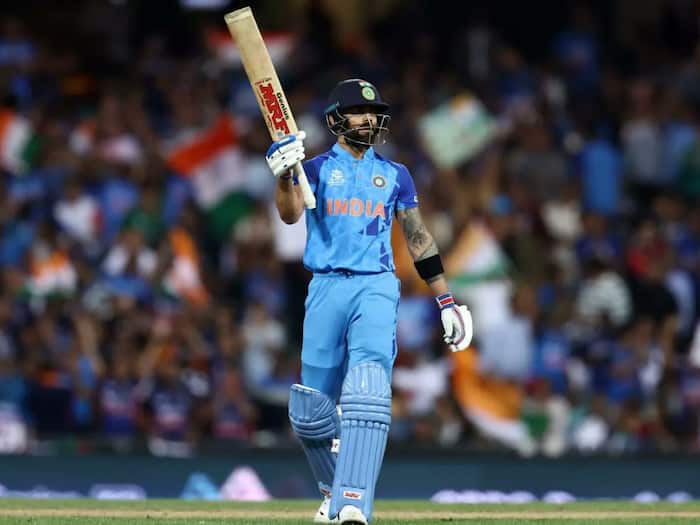 Dhaka: Star batter Virat Kohli is on the cusp of breaking several records when India take on Bangladesh in the second ODI in Dhaka on Wednesday. India are trailing 0-1 in the series after losing the first match at the same venue.

Kohli is just 21 runs shy of completing 1000 ODI runs in Bangladesh and if he manages to do so, the former India captain will become the second batter after Sri Lankan legend Kumar Sangakkara to achieve this feat.

Sangakkara has 1045 runs in 21 matches in Bangladesh and Kohli currently has 979 runs in 17 matches in the Asian country at an average of 75.30 with five centuries and three fifties. But that’s not all.

If Kohli scores 21 or in excess on Wednesday against Bangladesh, the stylish right-hander is set to become the fifth batter in the world to score 1000 or more runs in three countries away from home alongside Ricky Ponting, Aravinda de Silva, Arjuna Ranatunga and Sourav Ganguly.

Only Sachin Tendulkar leads the chart with 1000-plus runs i five countries followed by Sanath Jayasuria and Mahela Jayawardene, both standing at four.

Kohli has scored 1349 runs in 33 innings in England and 1327 runs in 29 matches in Australia. In the first ODI against Bangladesh, Kohli scored just nine runs off 15 balls before being brilliantly caught by Litton Das at cover.

As 2022 Comes To An End, A Look at Bollywood's Big-Budget Blockbusters

Follow Us
Featured Posts
This is how, Kajol, Hema Malini, Asha Parekh and Raveena Tandon came together for the first death anniversary of legendary singer Lata Mangeshkar
48 mins ago