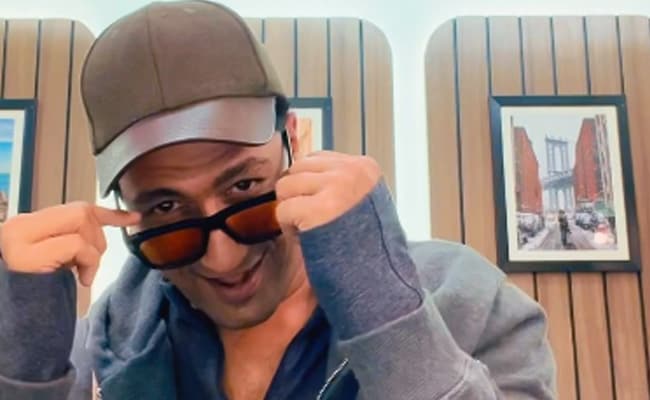 Vicky Kaushal and Katrina Kaif have set millions of hearts fluttering with their love story, but the couple also likes to keep it real. An example of this is Vicky’s new Instagram post, which has a video of him singing and dancing along to the song from his upcoming film Govinda Naam Mera. The actor is seen singing and dancing (while sitting on a chair) to the party number Kya Baat Hai 2.0. So how is Katrina related to this? Well, the actress pleaded with him not to post such videos, revealed Vicky in the caption. He wrote: “My wife begs me not to post such videos, but I can’t help it. Hopefully one day she’ll say… “What the hell!” referring to the title of the song.

The track was released on YouTube on Tuesday and features Vicky Kaushal and Kiara Advani performing high-on-style dance steps in glamorous clothes. Kya Baat Hai 2.0, as the name suggests, is a recreation of a song originally composed by B Praak. It has been recreated by composer Tanishk Bagchi. The music is composed by Jaani and sung by Hardy Sandhu and Nikhita Gandhi. The original version was also sung by Hardy and penned by Jaani.

Sharing a glimpse of the song on Instagram, Vicky Kaushal said, “Yeh sirf gaana nahi hai (It’s not just the song), it’s got the whole vibe and it’s all yours now!”

Vicky Kaushal also said that he was excited to be able to dance in Kya Baat Hai 2.0 considering his love for Punjabi songs. You can also watch the full song here:

Vicky Kaushal will be seen in the lead role in Sam Bahadur after Govinda Naam Mera. The film is a biopic on the legendary Field Marshal Sam Manekshaw. It also stars Sanya Malhotra and Fatima Sana Shaikh and is directed by Meghna Gulzar. This is Meghna and Vicky’s first collaboration together.