Off the field, we suddenly hear about Rishabh Pant being granted leave of absence. No disciplinary issues, but the medical team took a look and decided to give him a break. Which, in other words, mean he is not fit. 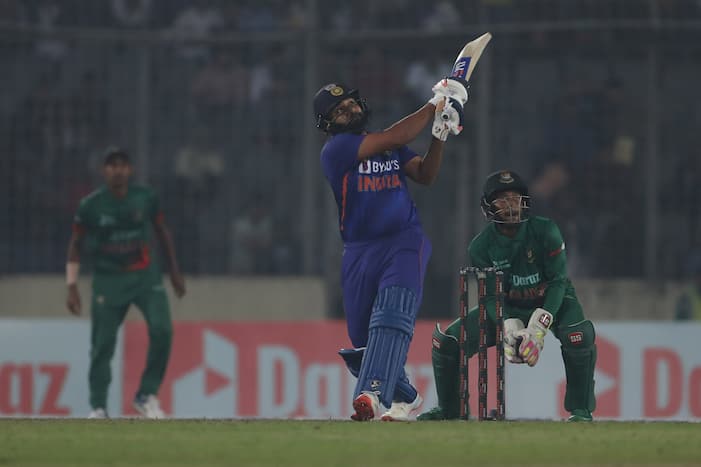 Indian Players Struggle On The field, The Cricket Board Off It – A Poor Recipe For Success (Credits: BCCI/Twitter)

New Delhi: The Indian cricket team is going through many tests, and not passing them with any distinction. In fact, they aren’t winning any at all, right from the semi-final of the T20 World Cup, through the series in New Zealand and now in Bangladesh. There are no selectors and all playing decisions, it looks like, have been left on the coach and captain. That apart, there are other decisions, more in the men’s and women’s formats, which have made things that much more uncomfortable and unsavoury. Not any easier when the bowlers and batters are making a meal of things on the pitch as well.

We have the issue of who should or shouldn’t be playing. There is a lot of talk about how the senior players won’t play T20 Internationals any more, but they don’t seem to have the measure of Bangladesh in the 50-overs format either.

Off the field, we suddenly hear about Rishabh Pant being granted leave of absence. No disciplinary issues, but the medical team took a look and decided to give him a break. Which, in other words, mean he is not fit.

So, in the first One-Day International against Bangladesh, after the Pant episode, we saw, in spit of Ishan Kishan’s presence in the squad, KL Rahul taking up the wicketkeeping gloves. Some plan, surely. Maybe coach Rahul Dravid was harking back to his own days and trying to make Rahul a viable all-rounder.
Then, after a poor batting show, where ironically Rahul alone was of any effect, the Indian bowlers was in the fight for a long while, but specifically when the cricket ball was talking.

From a tottering 136/9 after 39.3 overs, Bangladesh went on to 187/9 off six overs and a delivery to pull off a sensational win as Mehidy Hasan Miraz and Mustafizur Rahman found an unbeaten 51-run stand against a hapless Indian attack.

If that wasn’t bad enough, Miraz was at it again on Wednesday as he hammered an unbeaten century as Bangladesh, once again, recovered from 69/6 to 271/7 in 50 overs. Miraz’s 148-run seventh-wicket stand with Mahmudullah (77) was followed by a rollicking eighth-wicket partnership of 54 with Nasum Ahmed, who clattered 18 off 11 deliveries.

The essence of the two matches was the same – the Indian bowlers struggled. Umran Malik was fast and telling when the ball was new, as was Mohammed Siraj, but once the while orb lost its sheen, it was a run fest, even for the lower order.

The batting too was in a quandary and with Rohit Sharma not in action in the top order after a fielding injury, whatever happens in the game won’t be very complimentary. The period of transition is always trying in all fields and many cricket teams have suffered during this time. But the essential propensity in India cricket to hang on to old things for way longer than necessary is a big hinderance.

Time to remove the old lot entirely from limited-overs events and put in new faces, including those who have been extremely patient and at some time in life, need to be given the length of time they deserve. Not least the like of Sanju Samson and even Prithvi Shaw, or the burgeoning Ruturaj Gaikwad. Surely a player has to be harnessed when he is at peak form. If not now, then when?

But easier said than done in the cricket board, which is bereft of selectors, no longer have a head coach for the women’s team and communication is as warped as its worst days. Hardly a perfect platform for a healthy team.

Wednesday x Stranger Things: A Crazy Crossover We Should Have Seen It Coming, Let All Hell Loose!