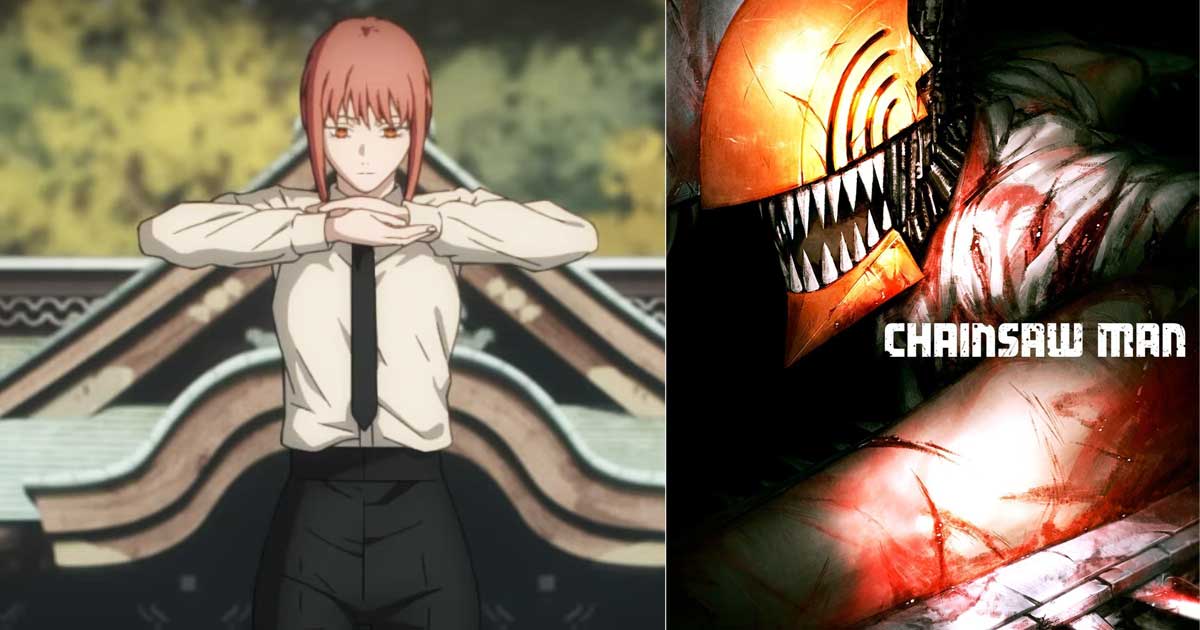 Studio Mappa’s latest anime series Chainsaw Man has become one of the popular ongoing anime series for otakus. With each episode, the plot thickens as the season finale approaches. Finally, the anime series gave viewers a glimpse of Makima’s powers.

For the uninitiated, the anime Chainsaw Man revolves around Denji, who is also Chainsaw Man after his father commits suicide, due to a massive debt owed to a Yakuza. Denji works devil hunting for the same mafia to pay off his late father’s debt and befriends the dog-chainsaw demon Pochita. During one task, he is ambushed and killed when he makes a contract with his demon dog, giving him a new life and the power to transform into Chainsaw Man.

The latest episode saw a continuation of the previous/eighth episode, where the chainsaw man came face to face with the katana man in Tokyo, and Himeno died in Tokyo. On the other hand, on the way to Kyoto, Makima, a senior member of the Public Safety Devil Hunters and leader of the Tokyo Special Division 4’s experimental unit, is shot on a train along with his comrades. The ninth episode starts from there after showing a bit from the previous episodes. Sportskeeda reports that Makima has finally been seen using his Devil Contracts which is quite disturbing. At Kyoto Station, a man named Tendo and a woman await the arrival of the devil hunter Makima; They receive news of Special Division 1’s attack on Tokyo.

In the last episode, where we saw Makima getting shot, much to our surprise and surprise, we saw Makima come out of the train unharmed. In Kyoto two colleagues ask him if he was shot when the train arrives at the station, and all the other passengers are in a frenzy. After being informed that Denji and the others are under attack, Makima tells Tendo to bring 30 convicts, and that she will ‘do what she can to Kyoto’. She also asks for a clean pair of clothes and meets in the nearest temple at the highest altitude. Makima somehow links the bodies of the convicts to those of the teenage girl and Katana Man’s accomplices in Tokyo, killing them one by one from Kyoto.

In the last episode, we saw that Kobeni does nothing but cry; Well, she overcame that and shined in this episode and proved to viewers and anime fans why Himeno chose her to be a part of his team. He showed his enhanced agility, which helped him dodge the snake Devil’s Tail with the unimaginable speed seen in this episode, which also made Katana Man call him a monkey.

This is the first time Makima’s powers are shown on screen; The anime series by Mappa has exceeded fans’ expectations with its combination of 2D and 3D animation, camera frames and angles and not to forget the realistic color palette used in the anime. Mappa is known for his animations; Even in Attack on Titan, Mappa excelled in the visuals department. The Chainsaw Man is an anime adaptation of the manga of the same name, and is created by Tatsuki Fujimoto. The ninth episode was, overall, quite intense, and there would only be three more episodes in the series’ first season.

Stay tuned to Koimoi for more such news!

Ott Stars: From Pankaj Tripathi to Shweta Tripathi, the stars of OTT whose name becomes a hit web series

Shatrughan Sinha Returns to Stage With a Comedy Drama in Durgapur