Prannoy has a dismal 1-5 record against the world No. 1 Axelsen but he would take confidence from the fact that he had defeated the Dane in their last meeting last year in Indonesia Masters. 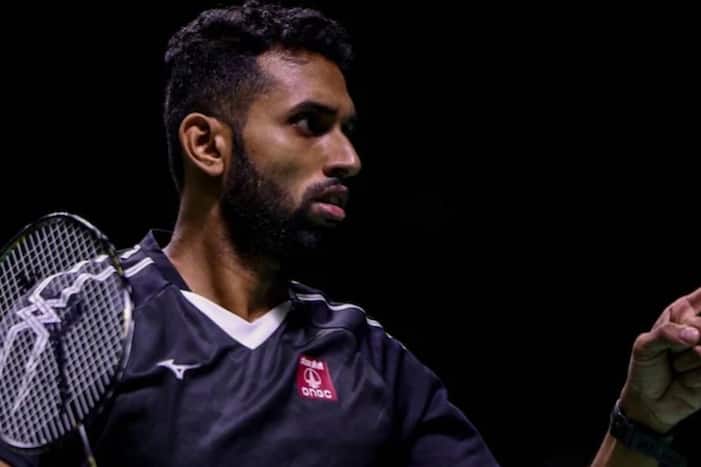 Bangkok: Star Indian shuttler HS Prannoy will look to display fearless brand of badminton against the best in the business in his quest for glory on his maiden BWF World Tour Finals appearance, here from Wednesday.

With double Olympic medallist P V Sindhu skipping the event due to an injury, Prannoy will be the lone Indian at the year-ending tournament, which was moved from Guangzhou, China, due to the rise in COVID-19 infection cases.

One of the most consistent Indian players in the circuit this season, Prannoy has been clubbed in Group A along with Olympic champion Viktor Axelsen of Denmark, Japan’s Kodai Naraoka and China’s Lu Guang Zu.

“I am excited to start my BWF World Tour Finals campaign. It’s my first time in the year-ending championships and I hope I can perform well,” said the third-seeded Prannoy, who was recently conferred with the Arjuna award.

While Prannoy has got a decent draw and will fancy his chances of making it to the semifinals from the group stage, it will not be an easy task as he doesn’t hold a good record against his group opponents.

Prannoy has a dismal 1-5 record against the world No. 1 Axelsen but he would take confidence from the fact that he had defeated the Dane in their last meeting last year in Indonesia Masters.

Against the 21-year-old new sensation Kodai Naraoka, Prannoy had suffered a defeat in their only meeting in Singapore Open in July.

The Indian had lost to China’s Lu Guang Zu too in his only meeting at French Open.

However, Prannoy, who has been nominated for BWF’s ‘Most Improved Player of the Year’ award, is known to raise his game in big-ticket events and has been a revelation this year.

He played a stellar role in India’s epic Thomas Cup win in May and also produced a runner-up finish at the Swiss Open Super 300, besides reaching the semifinals at the Indonesia Open Super 1000 and Malaysia Masters Super 500 event.

His fine run in the world tour events earned him a direct qualification to the season finale for the first time in his career and he would look to make the most of the opportunity this week.

While defending champion Axelsen is certainly the most difficult hurdle on his way, Prannoy can ill-afford any slip-ups against the other two opponents.

Axelsen has swept the season, creating an overwhelming 39-match winning streak – a world record in the discipline – and winning five Super Series titles.

Among others in the field, Chou Tien Chen, Jonatan Christie, Anthony Ginting, and Loh Kean Yew are all capable of going the distance in the event.

But Prannoy, who is fondly called ‘the beast’ by his friends, could be the dark horse, especially for his ability to create upsets.

The world number 12 hasn’t won a title for over five years and he will look to end things on a high ahead of the new season.

For India, Sindhu is the only one to win the prestigious title, while Sameer Verma reached the last four stage in the 2018 edition.

Tai Tzu Ying and Ratchanok Intanon might not have had a great season, but their past years’ achievements will keep them in contention.

Manish Malhotra Bday Bash: Kareena-Karisma and Malaika-Amrita became the highlight of the party, the glamor of the girl gang