Morgan ranks high on the list of global T20 franchise pioneers, having early on committed to improving his craft by playing in virtually every league in the world, and often in its debut seasons. 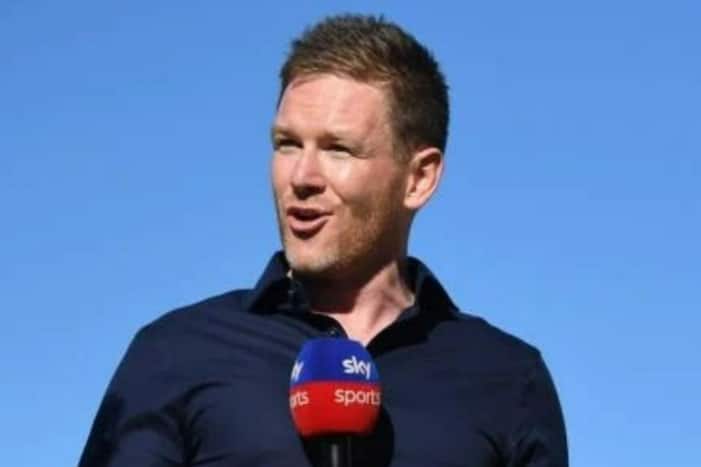 South Africa: Eoin Morgan’s footprint will forever be imprinted in England cricket’s history. The Dublin-born left-hander brought “cricket home” when he became the first England captain to raise the ICC Men’s World Cup trophy above his head on an unforgettable balmy Sunday at Lord’s in 2019.

But Morgan’s legacy goes far beyond delivering the Holy Grail. He revolutionised England’s approach to white-ball cricket, and provided the support, motivation and encouragement that has unleashed a whole new generation of young English cricketers who play the game without any fear.

And although the 36-year-old retired from international cricket midway through this year after 363 white-ball matches for England, it was his playbook that provided the platform for Jos Buttler’s team to annex the T20 World Cup in Australia last month.

Morgan and Buttler, along with fellow 2019 World Cup winner Jason Roy, will be reunited at the Paarl Royals next month for the inaugural SA20 season, and it’s this vast championship-winning experience that coach JP Duminy can rely on at Boland Park.

“I can’t wait. It’s unbelievably exciting coming back to a country that I love playing in, and have played quite a bit in for the last six/seven years,” Morgan said.

“To be teaming up with my very good friends, Jos Buttler and Jason Roy, is something I am looking forward to. But not only that, the tournament and the time of year, it’s over allows us all to bring our families and share the experience of not only touring a beautiful country, but also playing cricket’s most popular format.”

Morgan ranks high on the list of global T20 franchise pioneers, having early on committed to improving his craft by playing in virtually every league in the world, and often in its debut seasons.

He has witnessed the exponential growth of franchise cricket and particularly the impact it has had on domestic players outside of the various national teams. He believes SA20 can unearth similar home-grown heroes.

“I envisage this tournament laying on that platform and what it creates actually is something that cannot be replicated in countries that don’t have high profile tournaments. It creates domestic heroes. In countries that have strong T20 tournaments, or Hundred tournaments, you have players that don’t necessarily get opportunities in international cricket but they become household names over the first couple of years.”

And despite not being on the same team, and the “horrible” prospect of possibly having to face his fellow World Cup-winning team mate when the Royals meet MI Cape Town in the SA20 tournament-opener at Newlands on January 10, Morgan is excited that fast bowler Jofra Archer is back on the park again after a long-term injury.

“Bowlers have it tough. They have the hardest job by a long way. And given the amount of hours the majority of fast bowlers spend out of their career with injury, I think Jofra has been dealt a really bad hand. He has been through some unbelievably tough times,” Morgan said.

“But tough times don’t determine the outcome of somebody’s career, and tough people do, and Jofra Archer is one of those tough people that show character and resilience to come out on the other side even stronger. And on a bigger picture, it’s going to be unbelievable to watch, and horrible to play against.”

The SA20 League will take place in six iconic locations in South Africa – Pretoria, Johannesburg, Durban, Gqeberha, Cape Town and Paarl – with the final set for the Wanderers in Johannesburg on February 11.