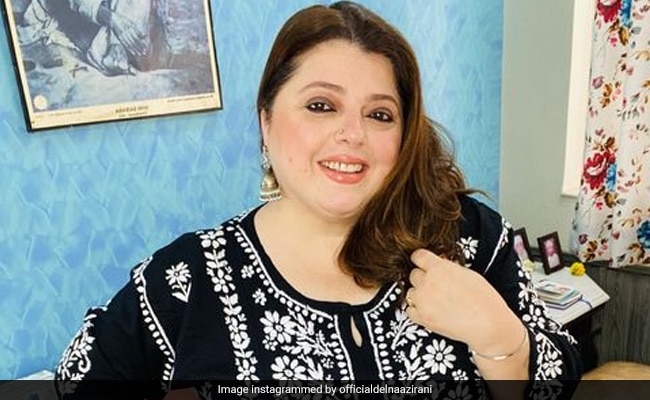 Delnaaz Irani recently revealed in an interview that she wants to take the “Neena Gupta route” and requests producers and filmmakers to offer her projects. “I want to take your show Kai thru Neena Gupta wala route ki kyun nahin kiya meko cast. Cast me on the big screen.)” to play Jaspreet aka Sweetu in Shah Rukh Khan and Preity Zinta’s Kal Ho Naa Ho The Wali actress spoke to Siddharth Kannan and said that she feels there is a lot of “groupism and camp”. In the film industry, Delnaaz said that due to casting directors and social media influencers, actors of her generation have been “left behind”.

“I am no Neena Gupta, but maybe someone will see it and do some work. There used to be direct contact with directors and producers. Satish Kaushik saw Kal Ho Na Ho and called me to offer a similar part in Milenge . See you. These days, that connection is lost. It’s more about going and contending with casting directors. This whole middle structure that’s there, it’s something I still need to figure out. Now So it is (so it is), you Delnaaz Irani told Siddharth Kannan, “I have to go to my offices. I think there’s a lot of groupism and camps. I can’t tell what the problem is.”

Delnaaz Irani said, “My friends have told me that casting directors are not giving them work because they do not have blue ticks on social media. These people are part of the industry for two decades, they have done lead roles. These superstars It’s sad to see them become successful overnight, while people who have worked in the industry for decades get left behind.”

In 2017, Neena Gupta shared a post on her Instagram asking for work. The actress shared a beautiful picture of herself and wrote, “I live in Mumbai and working as a good actor and looking for good roles.”

Talking about Delnaaz Irani, she made her debut with Baba Sehgal’s music video Ga Ga Ga Gori Gori. In 1999, she played the role of Kavita Vinod Verma in the sitcom Yes Boss. He has also worked in Bollywood movies like Kal Ho Naa Ho, Humko Deewana Kar Gaye, Milenge Milenge and Ra. One.