Director Vivek Agnihotri has strongly reacted to the news of him buying a luxurious apartment worth Rs 17.90 crore in Mumbai after the phenomenal success of his last film The Kashmir Files. Sharing a screenshot of a report carrying alleged photos of his rumoured fancy apartment, Vivek tweeted, “I am really grateful to all the Congressis, AAPiyas and unemployed Bollywoodiyas for building new apartments for me everyday and also for furnishing them with luxury furniture. I really liked the sofa which came from 10 Janpath.” (sic)

Rashmika Mandanna took the internet by storm with her latest photo shoot in a sexy outfit. The actress dazzled in a sexy neon green blazer which she paired with a bralette. Rashmika ditched the pants for her sizzling look and opted for minimal makeup. Sharing the pics, she wrote, “Have you watched #Goodbye on @netflix_in with your family my loves?”

Kantara song ‘Varaha Roopam’ has finally been restored in the Rishab Shetty starrer after a Kerala court on Saturday returned the plaint filed by Mathrubhumi Printing and Publishing Ltd (MPPCL) against the film’s production house Hombale Films in connection with the copyright dispute. The Palakkad Principal District and Sessions Court returned the plaint on the basis that it’s the Kozhikode District Court that has jurisdiction as the registered office of the plaintiff. Rishab Shetty also took to Twitter to share the happy news with his fans. He wrote, “We have won the Varaharupam case with the blessings of God and people. We are going to change the song on OTT platform very soon considering people’s request.” (sic)

Hollywood actress Sharon Stone took the internet by storm with her epic reaction after seeing Bollywood superstar Shah Rukh Khan at the Red Sea International Film Festival in Jeddah, Saudi Arabia. Now, at another event during the festival, Sharon explained her viral reaction after spotting SRK. Speaking to the interviewer about the moment, she said, “Shah Rukh Khan was two seats away from me and I didn’t know he was there. And I reached forward and saw him and I am not very easily star struck because I know a lot of stars but I saw him and I was just like (recreating the gasp).”

BTS singer Jin celebrated his 30th birthday on Sunday. On the occasion, his fellow BTS members J-Hope and Jimin went the extra mile to make it a memorable affair. On his birthday, which marked his last celebrations before he enlisted for the military training, J-Hope took to Twitter and teased ARMY by sharing adorable pictures with Jin along with the caption, “Our hyung is mine~ #JinHyungHBD #MakingARMYsJealous #HappyJINday #ToSeokjin_ARMYsLove_IsAHugeCatch (like in fishing),” as translated by Twitter user @BTStranslation_. He also hosted a live session that was watched by Jimin. During the session, he told Jin that his birthday gift to his beloved hyung is his heart.

Read more: BTS: Jin Complains Jungkook Didn’t Visit Him on His Birthday During Live, Jimin Turns Up Instead 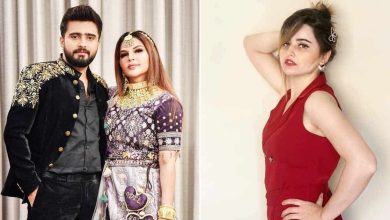 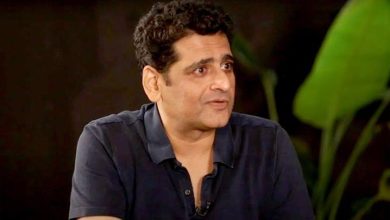 Follow Us
Featured Posts
Rakhi Sawant Claims Husband Adil Durrani Is Having An Affair with Another Woman, Gives Him a STERN WARNING!
2 hours ago

Sidharth Malhotra Kiara Advani wedding: From the first meeting to manifesting their marriage on Koffee With Karan, here’s every detail about SidKiara’s love life
2 hours ago

Pathan Trivia: Did you know the mastermind behind Salman Khan’s cameo scene in Pathaan?
3 hours ago

Sidharth Kiara  Wedding : All you need to know from venue to final date
5 hours ago