It was a disappointing end for a rebuilt U.S. team hoping to advance past the round of 16 for the first time since 2002. 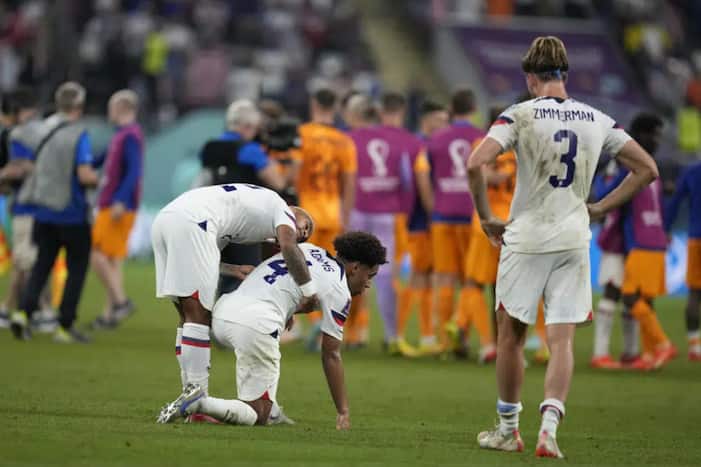 US Knocked Out Of World Cup, Loses To The Netherlands 3-1

AL RAYYAN:  Memphis Depay and Daley Blind scored in the first half and Denzel Dumfries added a late goal as the Netherlands eliminated the United States from the World Cup with a 3-1 victory Saturday that advanced the Dutch to the quarterfinals.

Second-half substitute Haji Wright cut the U.S. deficit to 2-1 in the 76th minute when Christian Pulisic’s cross hit his trailing foot and popped over goalkeeper Andries Noppert and into the net. But Dumfries, who assisted on the first two goals, scored on a volley in the 81st.

“When you play a team with so much quality like that and you give them three, four chances, they’re going to put three or four away,” United States captain Tyler Adams said. “We can show that we can hang with some of the best teams in the world, some of the best players in world, and that’s a lot of progress for U.S. soccer. We’re moving in the right direction, for sure, but we need to keep pushing, because we’re not there yet. But we’re close.”

Runners-up in 1974, 1978 and 2010, the Oranje extended their unbeaten streak to 19 games and face Argentina or Australia on Friday.

It was a disappointing end for a rebuilt U.S. team hoping to advance past the round of 16 for the first time since 2002. Using the second-youngest squad in the tournament, the Americans achieved the bare minimum to consider the World Cup a success, beating Iran in their group-stage finale to reach the knockout round.