The BCCI added that Pant is expected to link up with the team ahead of the two-match Test series in Bangladesh starting from December 14 in Chattogram. 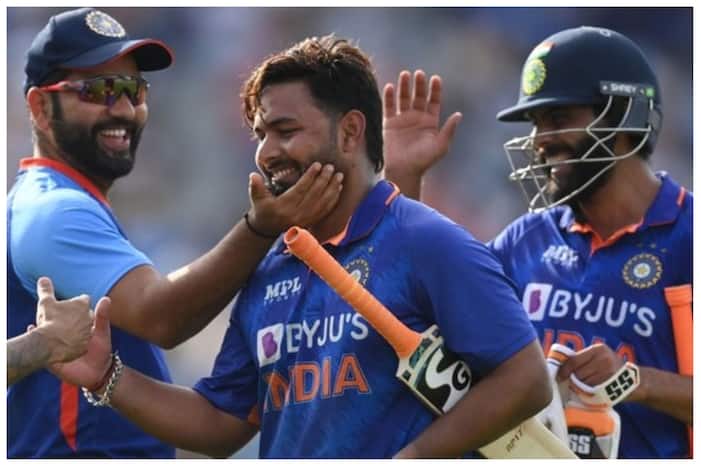 Dhaka: The Indian men’s cricket team on Sunday announced that they have released wicketkeeper-batter Rishabh Pant from their squad for the ODI series against Bangladesh.

A statement from the Board of Control for Cricket in India (BCCI) said Pant was released after consultation with its medical staff and that no replacement will be sought by the team in his absence, without mentioning specific details on why the left-hander will not take part in ODIs against Bangladesh.

The BCCI added that Pant is expected to link up with the team ahead of the two-match Test series in Bangladesh starting from December 14 in Chattogram. The absence of Pant means KL Rahul will keep wickets for India in the first ODI at Sher-e-Bangla National Cricket Stadium (SBNCS) in Mirpur, Dhaka, on Sunday.

BCCI also said that left-arm spin all-rounder Axar Patel was not available for selection for the first ODI, without revealing the specific nature of the injury to him though skipper Rohit Sharma had said at the toss that there have been a few injury issues in the team.

He is currently under the supervision of the BCCI Medical Team at the NCA, Bengaluru and will not be able to take part in the series against Bangladesh. It is not yet clear if Shami will be fit in time for the two Tests against Bangladesh, starting from December 14 in Chattogram.

Previously, left-arm spin all-rounder Ravindra Jadeja and uncapped pacer Yash Dayal were ruled out of ODIs against Bangladesh. Jadeja is still undergoing recovery post a knee surgery in September, leaving his participation for the Tests in doubt while Dayal has a lower back issue.

After the three ODIs, India will play two Tests against Bangladesh under the ICC World Test Championship (WTC) cycle. The first Test will happen at the Zahur Ahmed Chowdhury Stadium (ZACS) in Chattogram from December 14 to 18, followed by the second Test at the Sher-E-Bangla National Cricket Stadium (SBNCS), Mirpur, Dhaka from December 22-26.