Foden said the depth of the England squad is one of the reasons that playing time is so hard to come by. 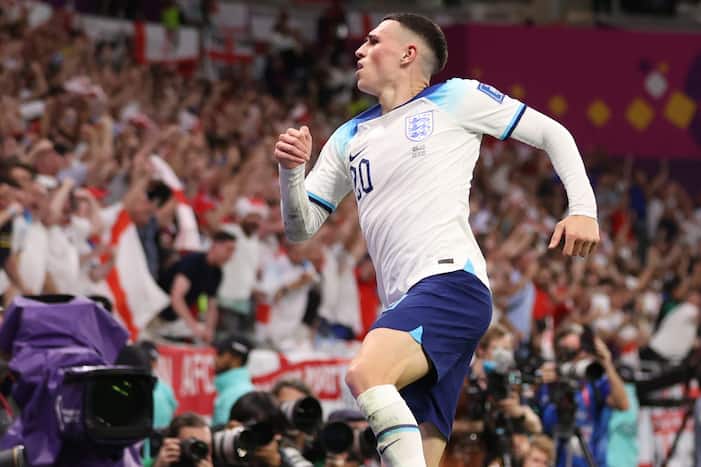 England Midfielder Foden Hoping For More of ‘Up and Down’ World Cup So Far (Credits: England Cricket)

Qatar: England midfielder Phil Foden may have been one of the stars of their 3-0 win over Wales in the last Group B match, but despite his goal and fine display in that game, he admitted things could still go better for him in Qatar.

Foden didn’t appear in England’s 0-0 draw with the United States and only played the closing minutes of their 6-2 win against Iran, although he set up a goal for Manchester City teammate Jack Grealish.

He would be a popular choice to kick off England’s last-16 tie against Senegal on Sunday, but so far the youngster admitted his World Cup had been a “mixed bag”, reports Xinhua.

Speaking to the BBC, Foden said the World Cup had been “up and down.”

“I am disappointed not to start more games but it is part of the tournament. I am a team player and when I get the opportunities, I’ll take them,” he said.

Foden said the depth of the England squad is one of the reasons that playing time is so hard to come by.

“There is a lot of competition; (Bukayo) Saka has done well and scored in the first game, (Marcus) Rashford has scored and did very well against Wales.

“Everyone is scoring and everyone has proved a point so it will be a headache for Gareth (Southgate) to pick the team for the next game,” he admitted.

Southgate rested players such as Saka, Mason Mount and Raheem Sterling against Wales, and it will be fascinating to see if they return as any error can be fatal to World Cup hopes.

From Samantha to Sai Pallavi... this South actress is so educated, she is called 'beauty with brain'