FIFA World Cup: The result left veteran Luis Suarez in tears as Uruguay was knocked out after South Korea win. 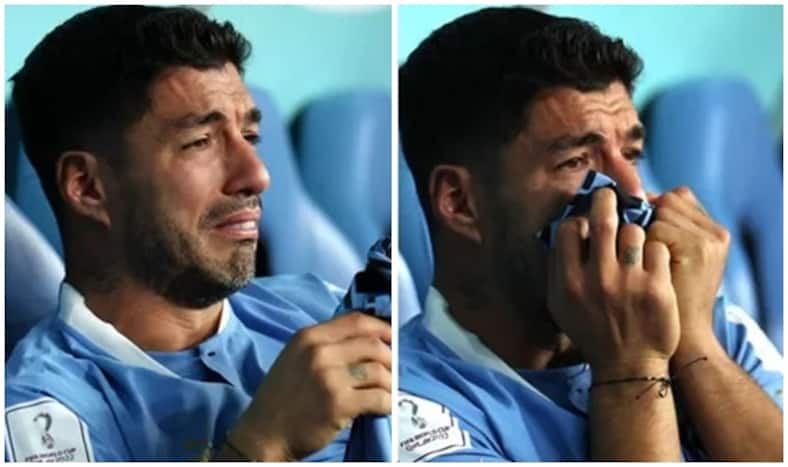 Qatar: While it was jubilation in one camp, in the other it was tears and disappointment – that is how the FIFA World Cup has been and Friday night was no different. With the last of the Group stage matches taking place, Uruguay needed Portugal to beat South Korea for them to go through. That did not happen as the South Korean team stunned favourites Portugal. The result left veteran Luis Suarez in tears as Uruguay was knocked out after South Korea win. Uruguay could not get through despite their 2-0 win over Ghana where Suarez provided two assists.

On the other hand, Portugal took the lead in the fifth minute, but then South Korea found the equaliser in the 27th minute when Kim Young-gwon found the back of the net. Eventually, things turned in the final five minutes of the game when Son Heung-min put through a perfect pass inside the box to Hwang Hee-chan, who found the winner. Following the winner, the cameras panned towards the Uruguay bench and caught Suarez left in disbelief and later in tears

That goal changed the table completely. Although Portugal remained on top, South Korea edged Uruguay in the points table to occupy the second spot.

Here is the video of Suarez in tears:

With five minutes still remaining for Uruguay, they gave it their all but to no avail. Suarez knew it was his last and his World Cup dream was shattered.