The report said the Arsenal striker may be out for a month, which would mean he will miss Premier League matches as well. 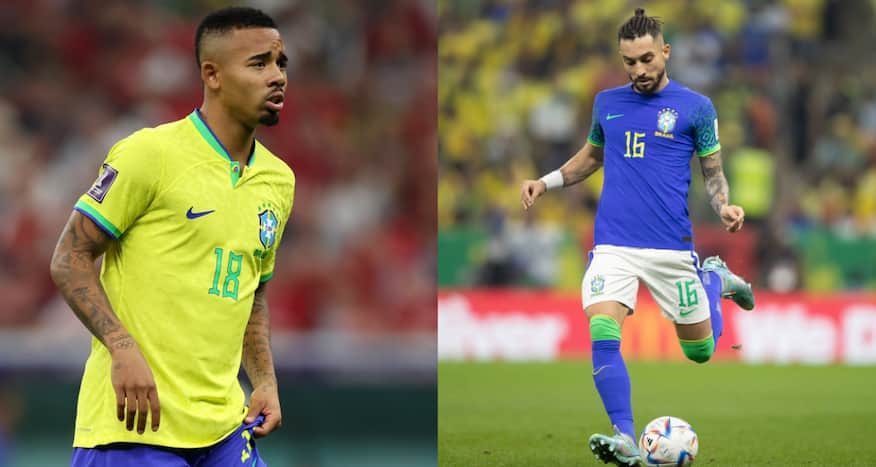 Doha: News coming in from Brazilian media that star striker Gabriel Jesus and defender Alex Telles are ruled out for the remainder of the World Cup due to their respective knee injures.

“Telles came off complaining of pain in his right knee after trauma,” Brazil Team Doctor Rodrigo Lasmar said after the Selecao’s 1-0 loss against Cameroon.

“He has been assessed in the changing room and tomorrow will do a magnetic resonance image to be able to assess his condition”, he added

“Gabriel Jesus after the game complained of pain in his right knee and after clinical assessment, we have asked for an imaging exam tomorrow”, Lasmar further added.

The 25-year old Jesus was substituted in the 60th minute mark in yesterday’s match.

“Bad news for Brazil! Exams point to injuries, and Gabriel Jesus and Alex Telles are out of the Cup,” Brazilian outlet Ge Globo tweeted.

The report said the Arsenal striker may be out for a month, which would mean he will miss Premier League matches as well.

“Let’s wait what their transition will be – they have still not started to train with the ball and it’s something they will do tomorrow”, he told.

“It will be important to see how they respond to this new style, so depending on that, we will make a call”, Lasmar revealed.

Is Allu Arjun A Product Of Nepotism? His Father Replies