Former England assistant coach Farbrace will be instrumental on the strategic front to bring forth an Xfactor that the freshly minted Sharjah Warriors holds, as the ILT20 gets set for its debut to ring in 2023. 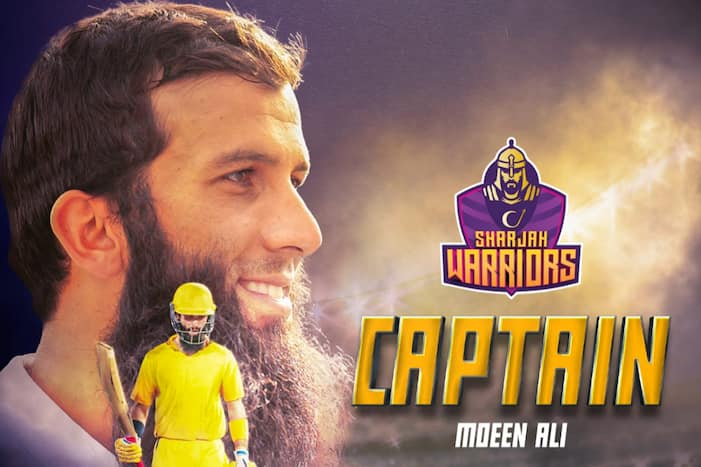 Sharjah: The Capri Global-owned Sharjah Warriors have named England T20 vice-captain Moeen Ali and former England assistant coach Paul Farbrace to lead the rising force in franchise cricket for the inaugural season of the International League T20 (ILT20). The UAE’s flagship tournament in the shortest format will be played in Abu Dhabi, Dubai and Sharjah and will kick off on January 13. Capri Global is a leading Indian Non-Banking Financial Company and is aiming to emerge as the team of the future out of Sharjah, a venue that holds the richest history in ODI cricket.

All-rounder Moeen Ali or ‘Moe’ is the man of the moment. As Jos Buttler’s deputy, the hugely popular team man in the England setup lifted the T20 World Cup trophy at the Melbourne Cricket Ground earlier this month when they beat Pakistan in the final. Sharjah Warriors will be hoping he will do the same as their captain with Farbrace as their coach. “It is a great honour and would be a pleasure to lead Sharjah Warriors,” said Ali, who was also part of the England side which won the 50-overs Cricket World Cup in 2019. “In this format, anybody can beat anybody, and it is important to keep evolving. With the team at our disposal, we can play aggressive, yet sensible cricket and hopefully be in the mix towards the business end of the ILT20. Playing at world-class facilities and especially the iconic Sharjah Stadium is a very exciting prospect, and we are all looking forward to it.”

Former England assistant coach Farbrace will be instrumental on the strategic front to bring forth an Xfactor that the freshly minted Sharjah Warriors holds, as the ILT20 gets set for its debut to ring in 2023. Farbrace and Moeen are no strangers to the UAE, currently plying their trade down south in Abu Dhabi. “The T20 format has been challenging and yet most rewarding,” said Farbrace who had helped Sri Lanka win the 2014 Asia Cup and the ICC World T20 trophy in the same year. Often considered a T20 magician, he briefly served as England’s interim national coach amid stints as deputy to Peter Moores and Trevor Bayliss and mentored some of England’s current World T20 winning crop over the last decade. “It is nice to see talent from around the world getting more opportunities. I am aware of how cricket is followed here as an extension of the subcontinent.

I hope we can work some magic here to inspire future generations and even generate local interest.” Rajesh Sharma, Founder Director, Capri Global Holdings said: “We are twinning the Emirates Cricket Board and ILT20 in our aspirations to become the fastest growing brand and occupy the top perch in international franchise cricket. And under Farbrace, we have the right resources to pack a punch in a league full of established players.”

Yet the beauty of cricket is that it is such a leveller. With the team shaping up as it is, we are confident our Warriors can build memories with the ILT20 and the sport just how Sharjah has had a beautiful relationship in cricketing history,” he added talking about Sharjah Warriors’ ‘local connect’. Farbrace’s batting right hand will be another assistant England coach and Glamorgan great Matthew Maynard. And manning the bowling department will be former Kerala fast bowler G Jayakumar who can count Ravichandran Ashwin among his proteges. He coached the Indian state of Andhra Pradesh in the domestic Ranji Trophy and led the underdogs to the quarter-final of the 2019-20 season.

The think-tank of the team includes former India fielding coach R Sridhar as Director of Cricket and a young Chief Operating Officer in Kshemal Waingankar, a former Mumbai Ranji player and an MBA from Indian School of Business. Fans of Sharjah Warriors can also expect to see the likes of Moeen Ali’s English teammates Chris Woakes and Dawid Malan and Afghan international Mohammad Nabi in action.

Sharjah Warriors is owned by Capri Global, India’s leading Non-Banking Financial Company with a deep interest in franchise sports. This is their first foray in international cricket having previously invested in top teams like Bengal Warriors in Pro Kabaddi League and Rajasthan Warriors in Ultimate Kho Kho.

Sharjah Warriors’ inaugural campaign at the six-team ILT20 next year will be spearheaded by former World T20 winning English coach Paul Farbrace off the pitch and will have the likes of Moeen Ali, Chris Woakes and Mohammad Nabi battling it out on the pitch.