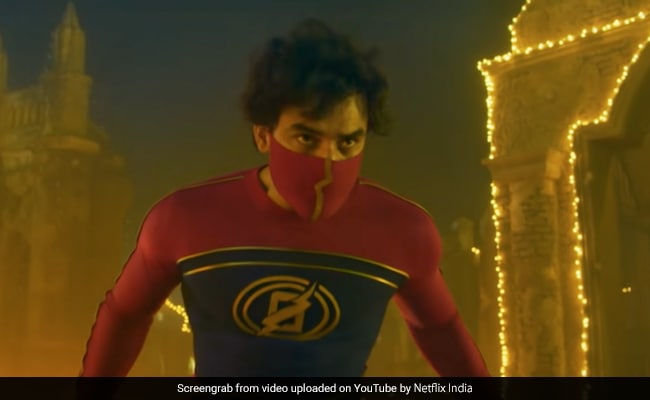 Ayushmann Khurrana an action hero He is shown in a never seen before avatar. The versatile actor is seen in the role of a film star in the film. The story follows the star through the troubles that result from an accident. The film sees Ayushmann Khurrana’s character clashing with Jaideep Ahlawat’s character, making the film an exciting watch. Ayushmann Khurrana may be new to the genre, but there is no dearth of action-hero films in Indian cinema. From jumping out of planes to chasing the bad guy across continents, our actors have done it in all languages. If an action hero To get you in the mood for more such thrilling adventures, we have news for you.

Here’s a list of new-age action-hero movies worth your time.

men don’t feel pain This is the story of a man who has a rare health condition that prevents him from feeling pain. That’s all he needs to take on his enemies in this super-funny film starring Abhimanyu Dassani in the lead opposite Radhika Madan. Both the actors are excellent in the action sequences, so don’t miss watching it.

Kamal Haasan needs no introduction and neither does his last film. Vikram. In this superhit film, the actor – who is 68 years old – has taken out the bad guys in style. The film has already achieved cult status, so we think it’s time to watch (or re-watch) the film.

This 2019 film received a lot of love from the audience. Box office numbers are proof. But what else can you expect from an action film starring Hrithik Roshan and Tiger Shroff? Suffice it to say that they fight as gracefully as they dance.

It may be a superhero film but everything about this action film is original. From the superhero origin story to the villain, this Malayalam film is proof that great action doesn’t need a big budget.

The Shah Rukh Khan action-thriller featured him in a dual role – as a superstar and the superstar’s unruly fan. Watch it for SRK’s stellar performance and carefully crafted action sequences.

On Boman Irani's Birthday, Know How A Meeting With Shiamak Davar Changed His Life