We are not used to seeing Asian or African topping groups at World Cup level. Sure, they have had their moments in the past, but World Cup 2022 is something else. 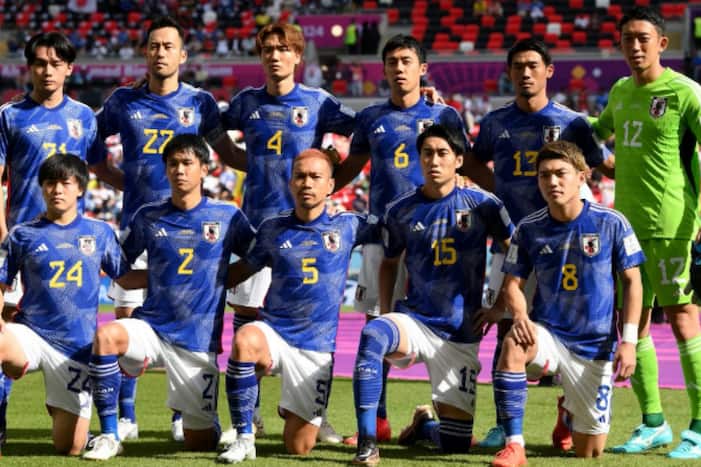 New Delhi: A week ago, Japan’s FIFA World Cup 2022 performance was laudable – they had, after all, upset the applecart of the mighty Germans. But as of early Friday morning. It was more than just an applause for the Japanese. It was an uproar. What a win over Spain for the Asian country! With it, they not only consigned Germany to another early exit from the group stages, but also pushed the Spaniards to second spot to top Group E. In another set of sensational results, we suddenly find Group F too showing some sensational standings, with Morocco upstaging Croatia to take top spot, while the formidable Belgium too head home. This could well be the beginning of a redefined world order in the jogo bonito.

We are not used to seeing Asian or African topping groups at World Cup level. Sure, they have had their moments in the past, but World Cup 2022 is something else.

From Saudi Arabia throwing down the gauntlet by shocking Argentina, one of the favourites for the title, to Japan coming roaring back to beat not one, but two formidable football powers, and then Tunisia getting the measure of France, which too was quite a feat.

But the most massive win was possibly the one inflicted by Morocco on Belgium. The world’s top football team was a shadow of what they could have been, not just against Morocco but overall, and no wonder that they too are out of action so soon.

Somehow it seems that the extended calendar in Europe has not done any favours to many of the top players. Almost without fail, all the European teams have at some time or the other shown lethargy that is not becoming of their reputation and some have fallen by the wayside in this process.

It could well be that the Asian and African sides are younger and less jaded from the constant competition, since many of their players are sourced from other leagues in Asia and the Middle-East, where neither the competition, nor the pace are the same.

At the same time, contests like the J-League in Japan are showing their teeth here, with the Japanese players being able to mix and match sheer speed and fitness with a smattering of European experience to make things difficult for their rivals.

So, the World Cup, without Italy even before it began, is also short of Belgium and Germany. But exciting sides like Japan and Morocco are right up there, not by fluke, but by sheer presence and results.

While none too inspiring teams like Poland have capitalised on the skill of veteran goalkeeper Wojciech Szczęsny to make the grade, not promising too much in terms of an offence, the new names and spirit will surely add some extra spice to the goings on in the Last 16 stage, something to really look forward to.

Will Virat Kohli & Ravichandran Ashwin take India to the finals of the word test championship? Find out!
18 hours ago