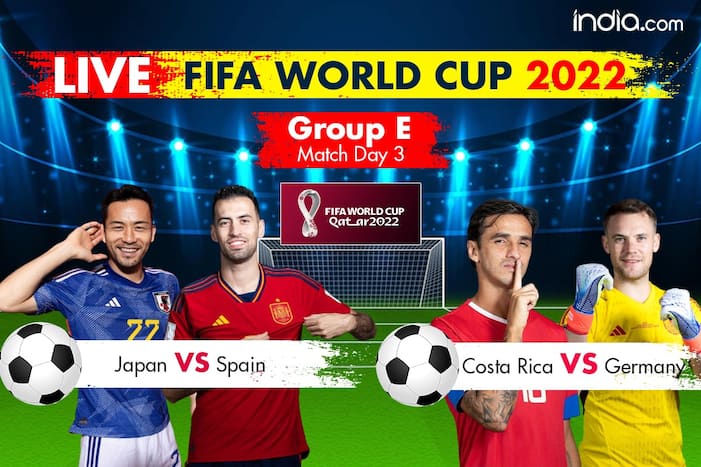 Japan vs Spain: After conceding late to miss out on a victory against Germany, Spain finds itself with some work left to do against Japan to guarantee its spot in the round of 16 at the World Cup. The Spaniards doen’t need much, though, because a draw on Thursday will be enough, and even a loss may allow the team to advance depending on the other Group E result between Germany and Costa Rica.

Costa Rica vs Germany: It’s a simple task for Germany in its final game of group stage: beat Costa Rica on Thursday or the four-time World Cup champions will go home early for a second consecutive tournament. Germany was knocked out as reigning World Cup champions in group play four years ago in Russia.

From Runway 34, Uunchai to Dunki, Latest and Upcoming Movies of the Versatile Actor