Unfortunately, the penalty was given. Szczesny admits he lost €100. 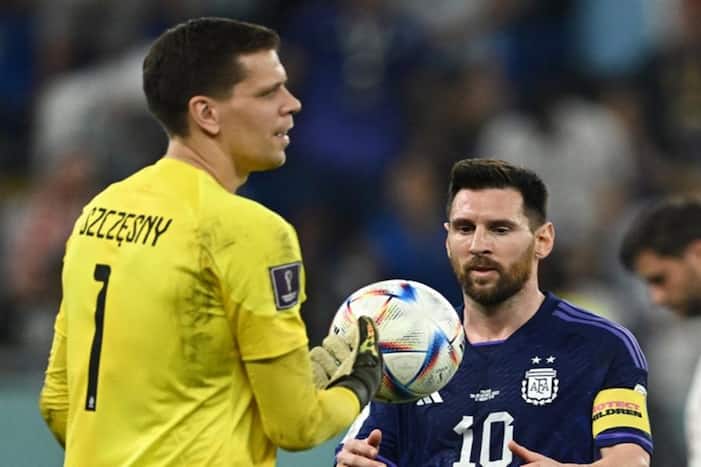 Qatar: Lionel Messi missed a penalty against Poland in their final group game on Wednesday. Despite Messi’s penalty miss, Argentina won the match 2-0 to secure a spot for themselves in the round of 16. But what made news was the Polish goalkeeper Wojciech Szczesny’s revelation after the game where he admitted to having lost a bet against Messi. Apparently, Szczesny placed a bet that the referee will not award a penalty to Argentina. Unfortunately, the penalty was given. Szczesny admits he lost €100.

“We spoke before the penalty, I told him I can bet him €100 that he wasn’t gonna give it. So I’ve lost the bet against Messi,” Szczesny said while speaking to TV2Sport.

During the game, Messi – who is featuring in his fifth WC – also became Argentina’s most-capped player in the history of the FIFA World Cup. Messi had equaled Maradona’s FIFA World Cup goal tally after scoring the opening goal for the South American giants against Mexico. With that strike against Mexico, Messi also matched Cristiano Ronaldo’s World Cup goal tally. Argentina captain Messi is also the only men’s player to come up with an assist in each of his 5 World Cup campaigns.

This is his last World Cup and hence the expectations are high. Fans want him to sign off on a high by winning the World Cup crown for Argentina. Argentina will now take on Australia in the Round of 16 match on December 4. The match will take place at the Ahmad bin Ali stadium.

Is India's Digital Rupee a Cryptocurrency? How to Use & Buy It Explained as RBI Launches CBDC Today

J-Hope Confesses He Has 'Some Regrets' About MAMA 2022 Performance, Teases RM's Indigo Album