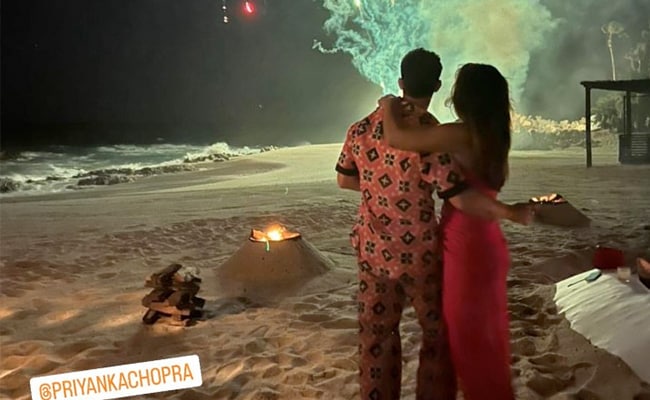 Priyanka Kopra and Nick Jonas, who are celebrating their fourth wedding anniversary today (December 1), received special wishes from the actress’s BFF Tamanna Dutt. Tamanna shared an adorable picture on her Instagram stories in which we can see Priyanka and Nick watching the fireworks on the beach with their arms around each other. The picture seems to be from Priyanka’s 40th birthday party where the actress can be seen dressed in a red gown while Nick is in a printed co-ordinate set.

Along with a picture, Tamannaah penned a cute note that read, “Happy anniversary! Here’s to always celebrating every moment of every day when you’re together,” followed by heart emoticons. 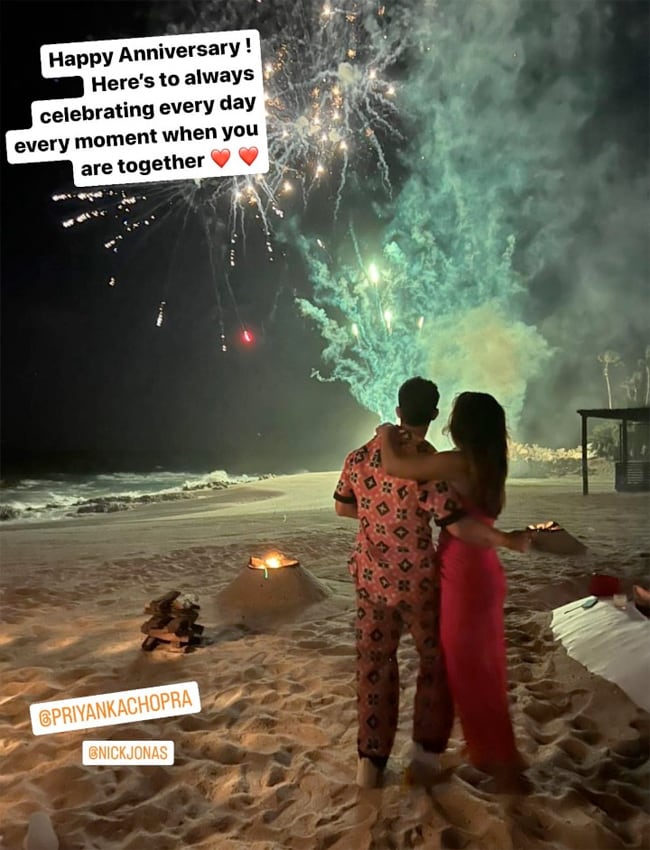 Priyanka Chopra and Nick Jonas got married in December 2018 after dating for a while. Sometime back, Nick had posted a lovely post wishing his love Priyanka. Along with the pictures, he wrote, “And just like that it’s been 4 years. Happy anniversary my love.”

Priyanka and Nick welcomed their daughter, Malti Mary Chopra Jonas, earlier this year in January. On Mother’s Day, Nick Jonas shared the first picture of Malti Mary along with a long note wishing Priyanka. An excerpt from the note read, “This Mother’s Day we can’t help but reflect on these past few months and the rollercoaster we’ve been on, which we now know many have also experienced.” It’s done. After over 100 days in the NICU, our little girl is finally home. Our next chapter begins now, and our baby is truly badass. Let’s get it em! Mom and Dad love you.”

Meanwhile, on the work front, Priyanka Chopra will next be seen in Farhan Akhtar’s Jee Le Zara and Russo Brothers’ Citadel.

From Rekha to Mandira Bedi... those Bollywood actresses who lost their life partner at a young age