It’s a great pleasure, a great feeling to be alongside him (Yuvraj), just match that hype which is there around six sixes in an over or seven in an over,” said Gaikwad. 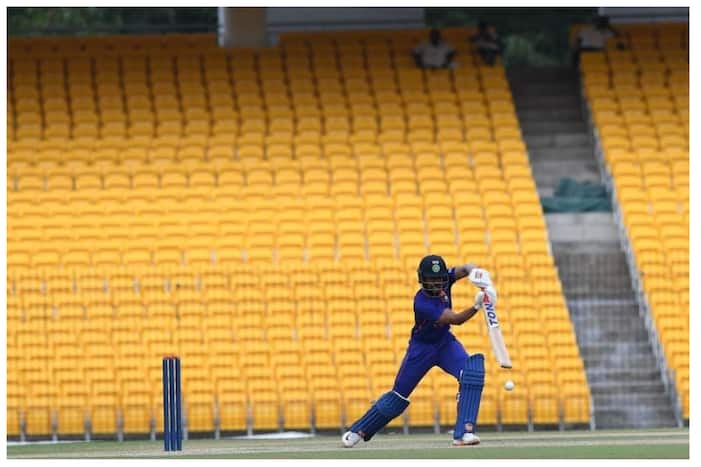 New Delhi: Ruturaj Gaikwad was the talk of town after his astonishing seven sixes in a 43-run over during a Vijay Hazare Trophy quarterfinal.

But the only name that crossed the 25-year-old batter’s mind even before he had pulled off the unthinkable feat was that of Yuvraj Singh, the former star India all-rounder most remembered for his six sixes in an over against England’s Stuart Broad in the inaugural T20 World Cup in 2007.

Playing for Maharashtra, Gaikwad on Monday did one better when he smashed Uttar Pradesh left-arm spinner Shiva Singh for seven maximums in an over to create a List A world record. He got an extra delivery because of a no ball.

“To be honest, after the fifth six the only one person that crossed my mind was Yuvraj Singh. I had seen him hit six sixes in an over back then when I was very young, in the 2007 (T20) World Cup.

Gaikwad achieved the feat in the 49th over of the Maharashtra innings. The bowler conceded a no ball in the fifth delivery of the over which was also smashed over the boundary ropes at the Narendra Modi Stadium B Ground in Ahmedabad.

“When I got the sixth one, I thought why not go for the seventh one. I think it was not about hitting six sixes or seven sixes, it was just about trying to maximise that over, make as many runs as possible for the team. That was the basic plan, and thankfully, it happened,” Gaikwad said.

Gaikwad first grabbed the limelight in 2021, when he made a staggering 635 runs for IPL title winners Chennai Super Kings.

“I would like to give it (credit) to all my teammates, my family members, people in Maharashtra. To be honest, there is pressure in each and every game I play and obviously, when I know that we have lost two wickets and we also lost another one in the process, I had to take responsibility right till the end.

Gaikwad carried his bat through the innings for a sensational unbeaten knock of 220 runs in 159 balls, which contained 10 fours and 16 sixes. Thanks to his knock, Maharashtra posted 330 for five after batting first, with his colleagues aggregating only 96 runs.