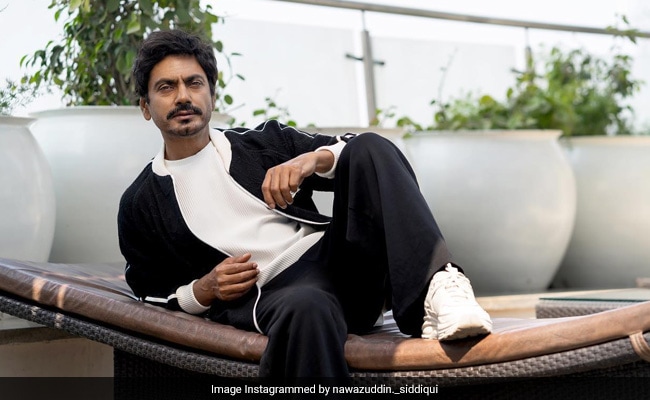 Nawazuddin Siddiqui talks about the failure of his films – Photograph, Motichoor Chaknachoor and Heropanti 2 at the box office. Speaking to News18, the actor revealed that it is because of his “hard work” that he is still relevant despite his films not doing well at the box office. He cited the example of Shah Rukh Khan and said he is not “really bothered” by the poor performance of his films. During an event on the sidelines of Kathakar 2022, Nawazuddin told News18 Shosha, “Picture (movie) chale na chale, But Nawazuddin Siddiqui will do.

Nawazuddin Siddiqui further said, “I never give up. I never back down from working hard. The rest also depends on whether I am doing my work honestly or not. Sometimes the film doesn’t work. There are reasons.” Doesn’t work at the box office. Maybe the direction is not so good. We never blame any director when a film flops at the box office. We always put the blame on the actors, ‘is actor ki film flop ho gayi’ (this actor’s film flopped).”

Citing the example of Shah Rukh Khan, the actor said, “For example, when a star like Shah Rukh Khan, who has a massive fan following across the world, comes on film, he literally serves those fans on a platter.” If despite all this the film doesn’t work then it is not Shahrukh Khan’s fault because woh to thali mein itni darshak de raha hai na director ko.(He is serving the director to such a huge audience).It’s clear Meaning that the fault is of the director or the story.

Meanwhile, on the work front, Nawazuddin will be next seen in Hadi, a noir revenge drama. She also has Noorani Chehre, Tiku Weds Sheru and Jogira Sara Ra Ra in her kitty.