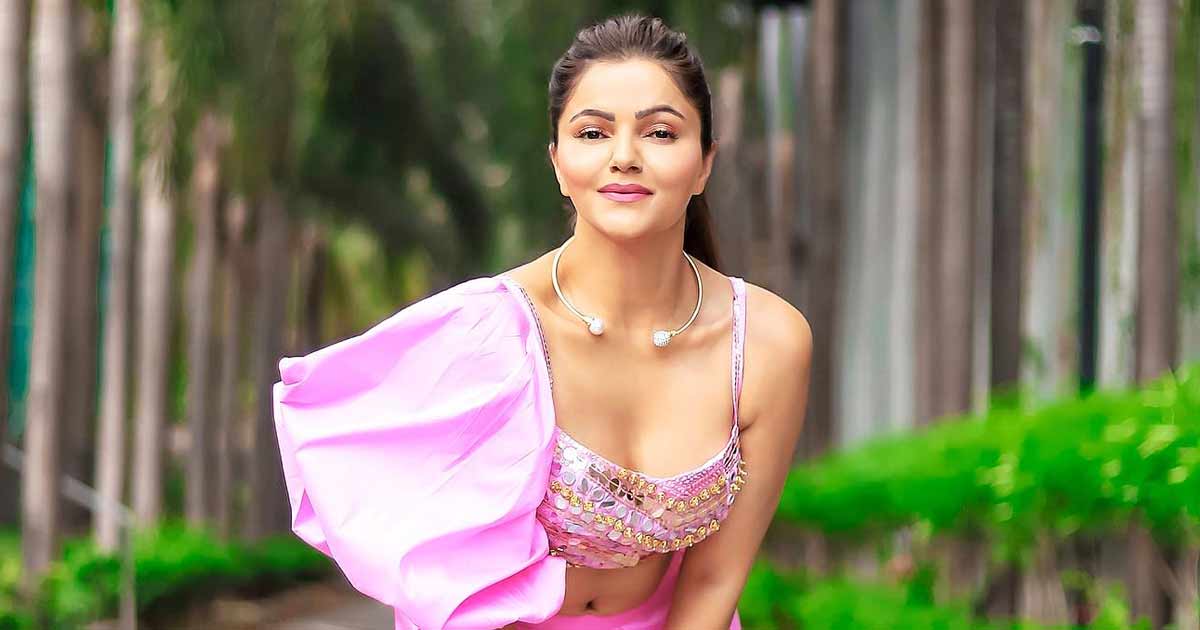 Television actress Rubina Dilaik is famous for playing the role of Radhika Shastri in the popular show Chhoti Bahu. She also emerged as the winner of Salman Khan hosted Bigg Boss 14 in 2020. However, she is now making headlines for a different reason.

Recently the Shakti-Astitva Ke Ehsaas Ki actress was seen with her husband Abhinav Shukla at a building which also housed a clinic. After her pictures went viral on social media, her fans got very excited and again the questions of pregnancy started.

As the rumors about her pregnancy started spreading like wildfire, Rubina Dilaik decided to take to Twitter and put an end to the speculations in a funny way. The TV actress wrote, “Misconceptions about conception…@ashukla09, next time we need to check the building (if there is a clinic) before agreeing to go for a work meeting as well.”

Misconceptions about pregnancy @ashukla09 Next time we need to check the building (if there is a clinic) before agreeing to go to a work meeting 😂😂😂 pic.twitter.com/9yhvsAC3YZ

Soon after his tweet, many fans found the reply clever and to the point. A user wrote, “Brilliant @RubiDilaik what a reply!! Boss lady is back with a bang,” while another user wrote, “I hope this is enough for people, be it media or fans. Hope you guys are enjoying some great family time.”

However, this is not the first time that Rubina Dilaik has spoken about her pregnancy. Earlier, she had opened up to Bombay Times about starting a family, “Will it be possible with the pace I am going to the studio and rehearsing for the dance show non-stop for Jhalak? Last few months Have been very busy, so there is no time to think about the baby right now. And we are not planning to start a family in the near future. For now, I am just focusing on good work.”

Rubina was last seen as a contestant in Jhalak Dikhhla Jaa 10, she is yet to announce her next project.

Must Read: Chahatt Khanna Says She Got ‘Farsat Se Tu Naach Baby’ As A Reward For Learning To Dance