Nawazuddin Siddiqui has established himself as one of the most critically-acclaimed actors in Indian cinema. Despite facing consecutive box office failures with films like Photograph, Motichoor Chaknachoor, and Heropanti 2, Nawazuddin continues to be every director’s go-to actor for complex and layered roles.

Nawazuddin, who was present at the event as one of the chief guests, told us that the reason why he’s still so relevant and loved, despite his films not having had a good run at the box office, is because of his “hard work”. 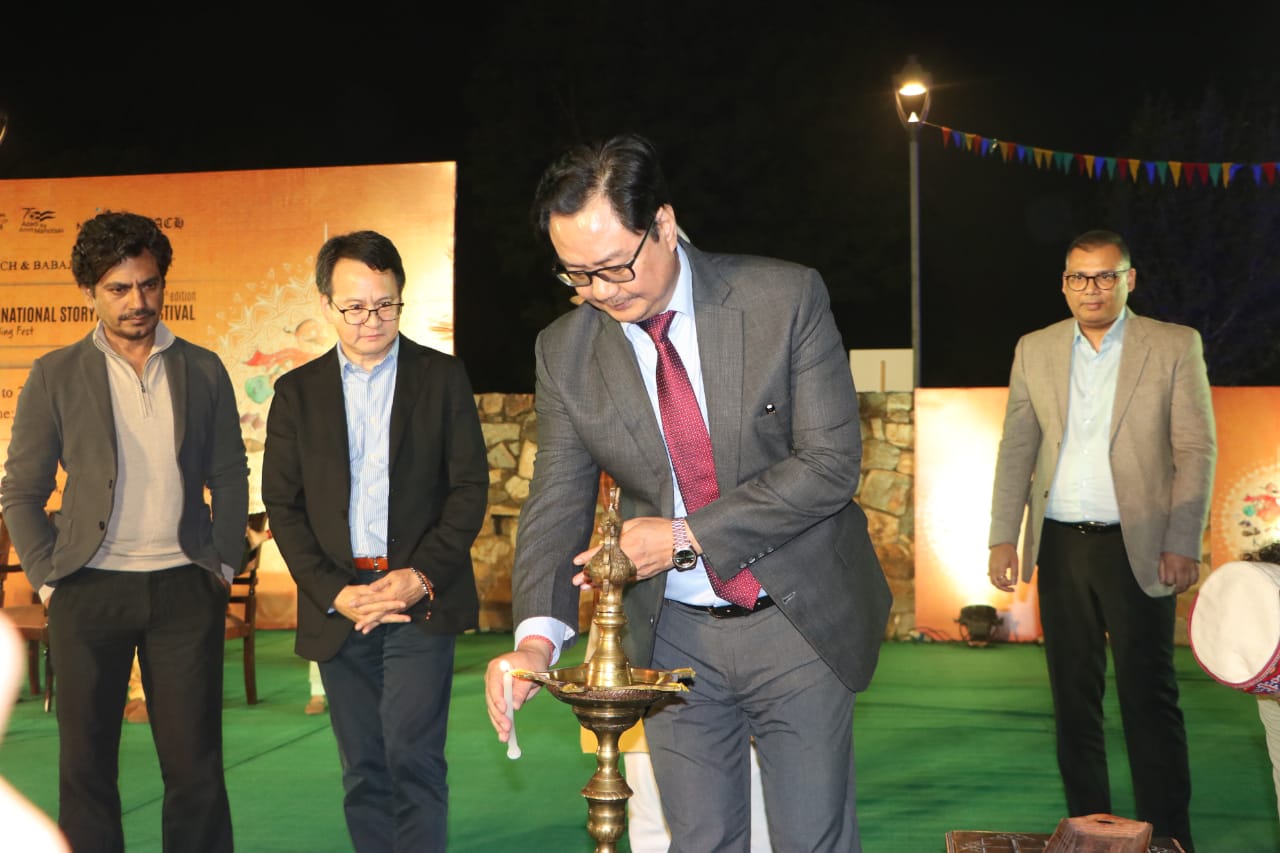 “I never give up. I never shy away from working hard. The rest also depends on whether or not I’m doing my work with honesty. More often than not, there are so many reasons that a film doesn’t work at the box office. Maybe the direction is not so good. We never blame any director when a film flops at the box office. We always put the blame on actors, saying, ‘Iss actor ki film flop ho gayi,'” he said.

“For example, when a star like Shah Rukh Khan, who has a massive fan following around the world, comes on board a film, he literally serves those fans on a platter to the director. If the film still doesn’t work despite all of that then it’s not Shah Rukh Khan’s fault because wo toh thaali mein itni saari audience de raha hai na director ko. This clearly means that either the director or the story is at fault. Nobody blames them. So, I’m not really bothered about all these things,” the actor continued.

Nawazuddin further said that sometimes a good film getting fewer shows in theatres also results in low box office revenues. “The timing of the film also plays a major role. For instance, Raman Raghav 2.0 was way ahead of its time. But it was released at a time when people didn’t know about it at all. They couldn’t understand it, but today it’s praised for its content and performances,” the actor added.

The actor, who will next be seen in a noir revenge drama Haddi, also spoke about how the audience’s viewing habits drastically changed ever since the COVID-19 pandemic came into the picture. “After the pandemic, people have got even more educated about cinema. They have been watching world cinema, thanks to OTT platforms. This is why it’s become a little difficult to gauge what will work or not. But there’s also a false narrative going on that ‘We won’t watch this film’. This is being done by a small section of people who are getting benefitted from it. Also, a big change that has happened post-pandemic is that previously poorly-made films would also work at the box office, but today a bad movie doesn’t stand a chance,” Nawazuddin said.

Talking about lending his support to Kathakar 2022, a marquee event to revive the traditional style of storytelling in a world dominated by hi-tech gizmos and gadgets, the actor said, “These days most people are busy scrolling their Instagram or Twitter feeds and that’s why this generation doesn’t have much-lived experiences. I can play a thousand characters in my head because I have explored the outside world so much; met so many people in person. But today’s actors don’t have those lived experiences. They might perform phenomenally in their first film, but they won’t be able to excel in their second movie because they don’t have many reference points or any memories. That’s why these kinds of events are extremely important where live storytelling and performances are encouraged. This leaves a very different kind of impact on an artist.”

When Aishwarya Rai Bachchan told the dirty truth of Bollywood, said- everyone here is like a crab...