Pulisic scored the goal and crashed into the goalkeeper, a collision that sent him to a hospital and the United States into the second round of the World Cup. 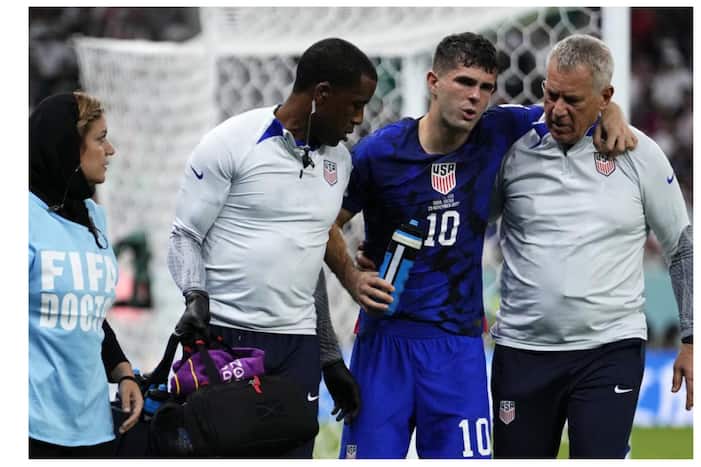 DOHA, Qatar: Christian Pulisic kicked the ball, scored the goal and crashed into the goalkeeper, a collision that sent the American star to a hospital and the United States into the second round of the World Cup.

More than an hour later, he contacted his teammates by FaceTime to join the celebration.

Pulisic’s 38th-minute goal had held up, and the United States had beaten Iran 1-0 on Tuesday night in their politically charged rematch to advance to the World Cup’s knockout stage.

“Every single player is ready to lay their body on the line to make sure this team is successful,” midfielder Weston McKennie said.

After finishing second in Group B with five points, two behind England, the U.S. plays the Netherlands on Saturday with the chance to reach the quarterfinals for the first time since 2002.

“I always say it’s us against the world,” winger Tim Weah said, “’cause no one believed that the U.S. could play good football.”

Back in the World Cup after missing the 2018 tournament, the U.S. needed a victory to reach the round of 16. Iran finished third in the group with three points and has failed to advance in six World Cup appearances.

“The dream is over,” Iran coach Carlos Queiroz said.

Bobby Deol Wife: Bobby Deol's wife is a successful businesswoman and interior designer, looks no less than a heroine