Rodrigo Lasmar said the Brazil forward will not recover in time to face Cameroon in the Group G game on Friday. 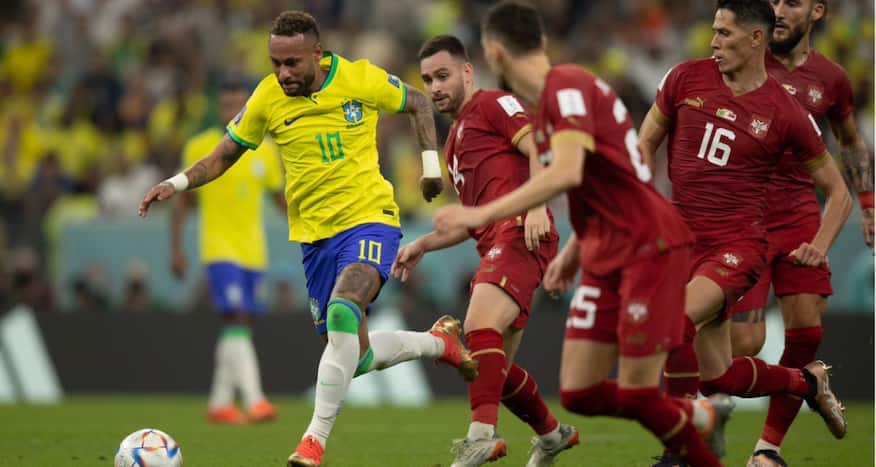 Doha: Neymar will miss Brazil’s last group game at the World Cup because of his right ankle injury, the team doctor said Tuesday.

Rodrigo Lasmar said the Brazil forward will not recover in time to face Cameroon in the Group G game on Friday.

Neymar missed Monday’s game against Switzerland, when Brazil won 1-0 to secure its spot in the round of 16. A draw against Cameroon will be enough to give Brazil first place in the group.

Lasmar did not give a timetable on Neymar’s return, and did not say if the player would return at all. Brazil’s coaching staff, though, reiterated Tuesday that the Paris Saint-Germain forward was expected to play again at the tournament in Qatar.

Neymar, who damaged ligaments in his ankle during Brazil’s opening match against Serbia, was the only player who didn’t go to Stadium 974 to watch the match against Switzerland. He stayed at the team hotel for physiotherapy treatment.

Lasmar said Neymar also had a fever on Monday, which “was under control” and would not affect his ankle treatment.

Lasmar said right back Danilo, who also is nursing an ankle injury, and left back Alex Sandro, who had to leave Monday’s match with a muscle injury, also won’t play against Cameroon.

Danilo got injured in the team’s opener last week and also missed the game against Switzerland. Alex Sandro got hurt in the final minutes of Brazil’s win against the Swiss and was replaced by Alex Telles. Tests on Tuesday showed that he as a muscle injury in his left hip. Lasmar also did not provide the expected recovery time for Danilo and Alex Sandro.

Tite replaced Neymar with Fred and Danilo with Éder Militão in Monday’s starting lineup. The coach was yet to announce who would play on Friday, but was expected to rotate players considering a draw against Cameroon would be enough to secure first place. If Brazil finishes first, the last-16 match would take place only three days later. Brazil’s opponents would come from Group H, which includes Portugal, Uruguay, South Korea and Ghana.

Neymar, trying to win his first major title with Brazil, is two goals shy of Pelé’s all-time record of 77 with the national team.

His right ankle also kept him from playing in the 2019 Copa América in Brazil. Five years earlier, he was taken out of the World Cup in Brazil after hurting his back in the quarterfinals against Colombia.

On Tuesday, Brazil complained about the field conditions at Stadium 974, where it could be back for the round of 16 if it finishes first in its group. The team said it would ask FIFA to act and make sure the grass conditions improved at the venue.

Is Vijay Deverakonda in Prabhas-Starrer Salaar? What We Know