‘I am not involved in the Indian Premier League (IPL). I have had some involvement but not any real involvement which might happen in the future. We would like to take one step at a time’-Ritesh Patel. 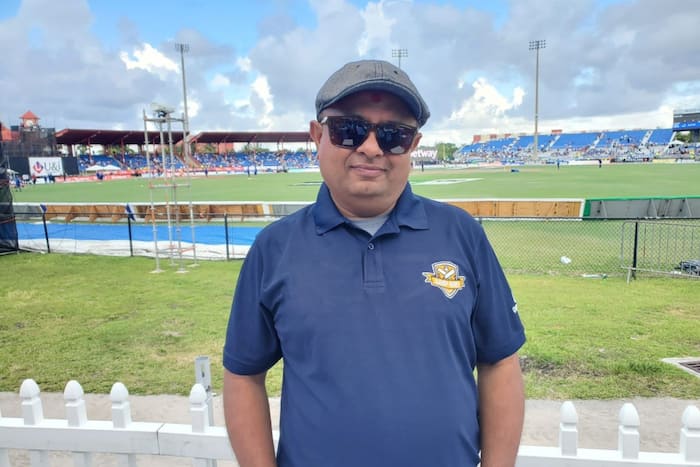 As an Indian, cricket is in your blood. I have been in the US since the last 27 years. I had played cricket and was involved in cricket but since the last couple of years, cricket is going to a different level. And that is what dragged my attention towards cricket, more so in franchise cricket and we are in that right now,” Patel told to CricketCountry while expressing his love for the gentleman’s game.

”The unique thing about my team is that I have two big guys. Meeon Ali, who is the current World Cup winner and David Miller, who is a IPL winner. They have won two big tournaments and that is the biggest part. We have the world’s fastest bowler Anrich Nortje and all the rest of the guys like Shimron Hetmyer known for hitting big sixes and Sheldon Cottrell are also there. The team has balance which is the best thing. We also have some of the guys from US, who have been phenomenal and are here to get more exposure”, the SAMP Army owner told about his team.

”In US, I am building a stadium which is like a $100 million project. It is in North Carolina and it is happening by next year and the 2024 T20 World Cup we are expecting some games there as well. That is the biggest part right after this. And in the last few years, as mentioned earlier, cricket has really taken off in the US,” Patel revealed.

“I am not involved in the Indian Premier League (IPL). I have had some involvement but not any real involvement which might happen in the future. We would like to take one step at a time. IPL is in the pipeline but with the T10 – we have passed one milestone and there are a couple of others coming. Slowly, we are getting there,” he further added.

T10 is now the shortest format of the game and Patel feels that the newest format has a future.

“T20 is attractive but T10 is more attractive and the reason behind it is the shorter format and nowadays a lot of people just watch the highlights, and this is kind of highlights. It is a 10-over format, just get going and it is going to draw more attention to the people and more attention will lead to more viewership. Media and everything is also there. And more and more people will wish to do marketing and sponsor the product,” he concluded.

Amitabh Bachchan Reveals That He Often Buys Gajra for Jaya Bachchan; Says 'She Even Ties It To Her Saree'