Cricket fans all across the world saw the Legends of Cricket sweat it out at their competitive best during both the seasons. 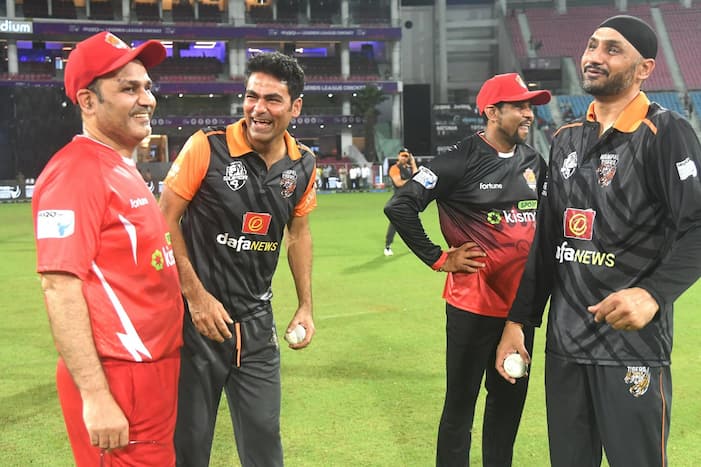 Legends League Cricket Is back As LLC Masters In February 2023 To Be Played In Qatar and Oman (Credits: LLC/Twitter)

New Delhi, November 28, 2022: After the success of 2 seasons, Legends League Cricket is back with next season from February 27, 2023 to March 8, 2023 which would be played in Qatar and Oman. It would be called LLC Masters and feature 3 teams as played in season 1 as India Maharajas, Asia Lions and World Giants.

While the recently concluded season 2 of Legends League Cricket that had 4 Franchise owned teams with 85 legends and was played in India, the upcoming season is a repeat of the first season which had former cricketers from India, Pakistan, Sri Lanka, Australia, England, among other cricket nations divided into 3 Teams representing India, Asia and Rest of the World. Cricket fans all across the world saw the Legends of Cricket sweat it out at their competitive best during both the seasons.

Harbhajan Singh said “I loved to be in the Cricket field with Manipal Tigers playing LLC-2 and it would be great to go back into the field with the upcoming LLC Masters”. Harbhajan successfully led India Maharajas against the World Giants team in the exhibition game played at Kolkata as part of season 2 commemorating 75 years of Indian Independence.

Irfan Pathan said, “Excited to announce that I’ll be back in action again playing Legends League Cricket in February. And this time playing for Team Indiaso I am really looking forward to it.”

Shane Watson said, “It was fun in September/October playing for Bhilwara Kings, and now I am getting ready for the LLC Masters to play for the World team.”

Raman Raheja, Co-Founder & CEO, Legends League Cricket said, “After a super successful season of Legends League Cricket-season 2, we are pleased to announce that we are coming back as LLC Masters. We had invitation from Qatar and Oman so we shall be splitting the season in 2 cities of Doha and Muscat. And about 60 top players, essentially Legends of Cricket, would be playing in the upcoming season but this time representing their countries unlike the previous Franchise season. Players like Gambhir, Gayle, Harbhajan, Watson, Irfan & Yusuf Pathan amongst others from India, Australia, England, Pakistan, SA, Sri Lanka, etc are going to be playing in the LLC Masters.”

On top legends confirming their participation, he added “We are happy to have them in the league. Some new names would also be featuring in the season.After the success of previous 2 seasons, we are going to further enhance the experience for fans by adding creating some new initiatives. We expect the league to further add to the huge fan following in the years to come.”

Is Dhanush Joining Hands With Director H Vinoth For His Next Project?

Mouni Roy to Feature in Zahrah S Khan’s Fakeeran; Singer Says ‘It Was the Best Decision’ to Cast Her