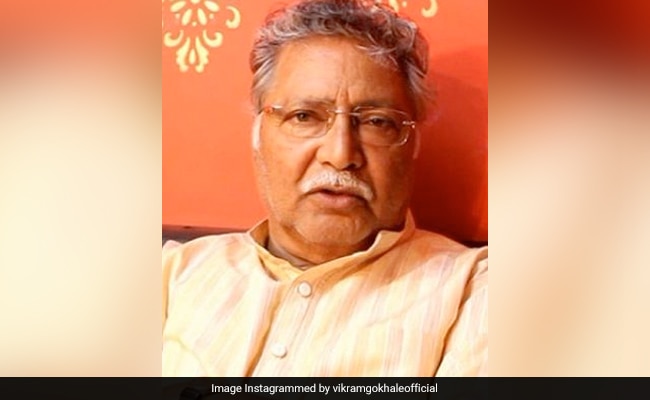 Actor Vikram Gokhale’s health, which was earlier showing signs of steady improvement, has once again started deteriorating. According to Shirish Yadkikar, PRO of Deenanath Mangeshkar Hospital, where the veteran actor is hospitalized for the past few days, “Mr. Vikram Gokhale continues to be on ventilator and has deteriorated a bit and he is back on BP support and medication.” Vikram Gokhale has been in the hospital in Pune for some time now and is on life support system. Earlier, on Friday, the hospital’s PRO had said that the actor is showing “slow but steady improvement. He is opening his eyes, moving his limbs and is likely to be off ventilator support in the next 48 hours.”

However, Dr Dhananjay Kelkar of Dinant Mangeshkar Hospital later denied the rumors of the veteran actor’s death and said, “Not true.”

In a career spanning over 40 years, Vikram Gokhale has appeared in various Marathi and Bollywood films, including: the path of firestarring Amitabh Bachchan in 1990, and I gave my heart, my loveWith Salman Khan and Aishwarya Rai Bachchan in 1999.

was last seen in useless With Shilpa Shetty and Abhimanyu Dassani. The film hit the theaters in June this year.

Bheriya Movie Review: Jack of All, Master of Some